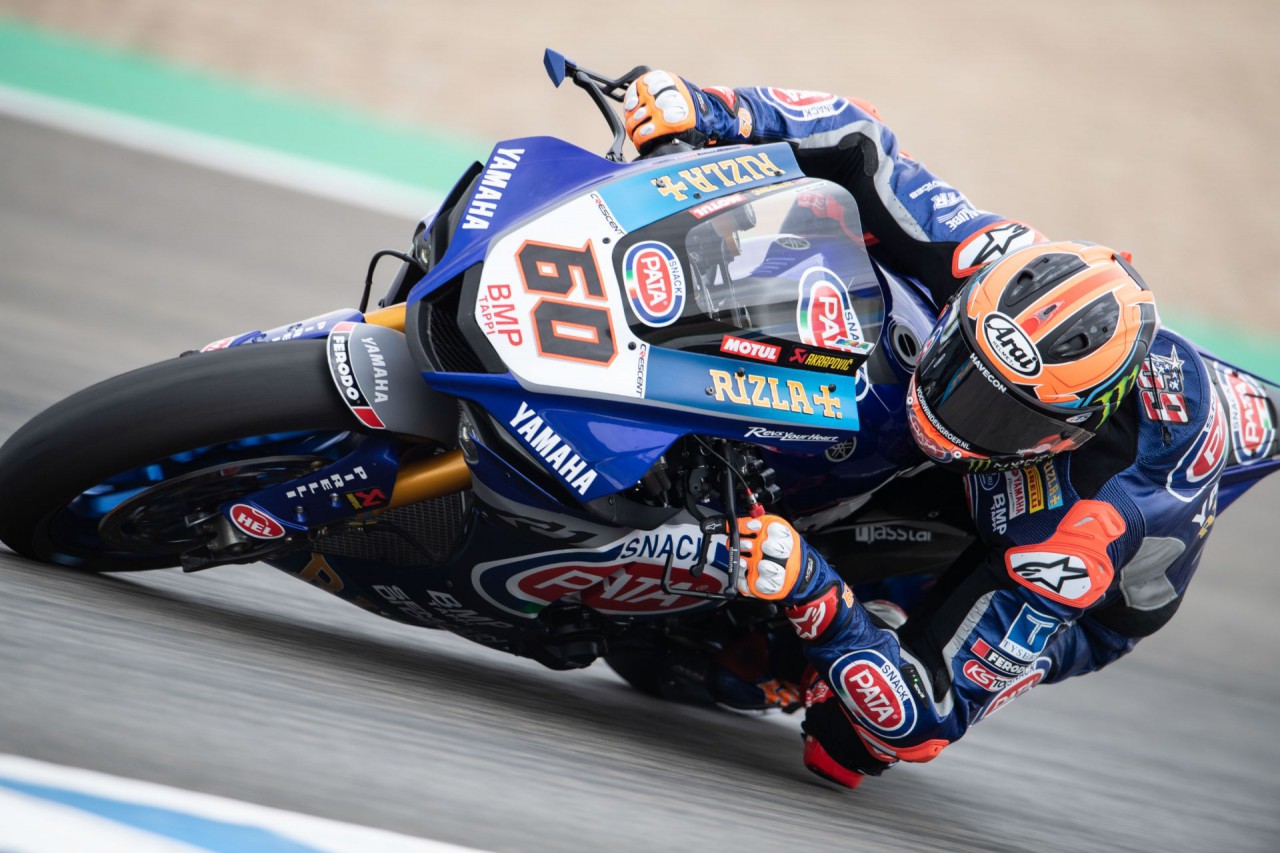 After a near five-month sabbatical, the battle for the 2020 FIM Superbike World Championship title was resumed today in Jerez. Hot and humid conditions made for a tough return for Pata Yamaha with Rizla WorldSBK Official riders, Toprak Razgatlıoğlu and Michael van der Mark, who ended the day in seventh and eighth place respectively.

Van der Mark was less than a tenth off the time of his Pata Yamaha teammate in the opening session, ending seventh fastest. Although he too struggled to match this pace in the sweltering conditions of FP2, the Dutch rider was still able to finish the opening day in Jerez in eighth place and confident of further improvements ahead of qualifying tomorrow.

Michael van der Mark – Pata Yamaha WorldSBK Official Team: “It’s awesome to be back on track with all the other guys again. To be honest I couldn’t find a good rhythm this morning and struggled with set-up, but in the afternoon we changed quite a lot on the bike. I didn’t feel too comfortable with it under braking but then we made another big step during the session. We did a longer run and I felt much more comfortable. We’re missing a few tenths from the race pace, but at least I’m feeling more confident with my R1. Tomorrow morning, we should be able to make another big step, but qualifying and the race are the most important and, as I said, we just need to find a couple of tenths for both.”