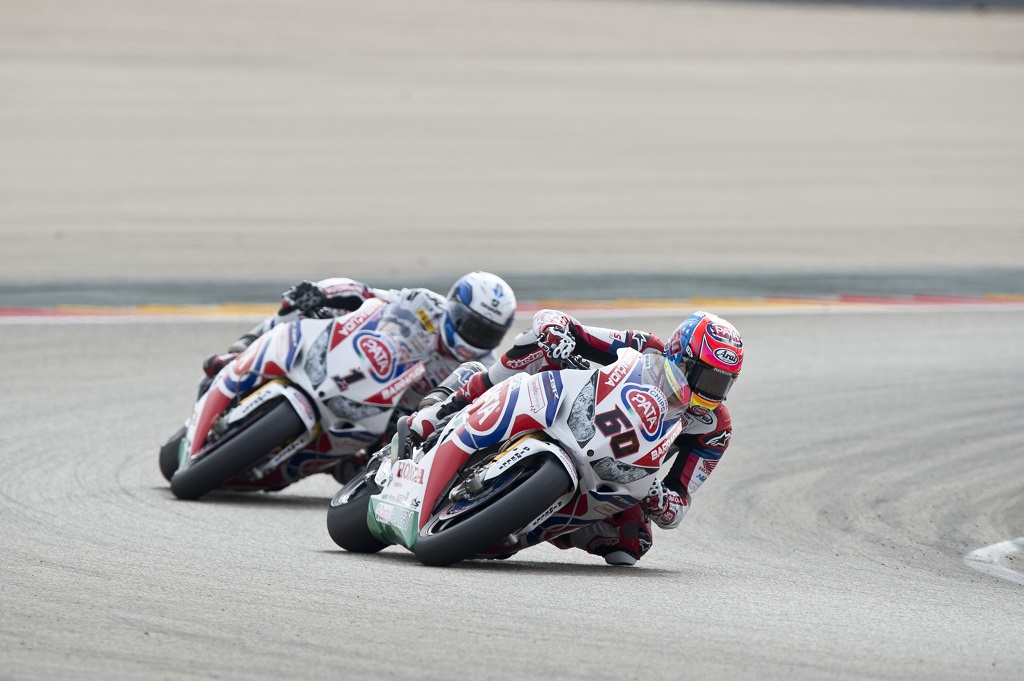 TOUGH DAY IN THE OFFICE FOR VAN DER MARK

The third-round of the World Superbike championship this weekend has been a challenging outing for Michael van der Mark at Aragon, Spain. Over the weekend the team strived to improve and find the optimum setting for the Honda CBR1000RR Fireblade SP around the 5.077km circuit. In the first of two 18-lap races, van der Mark was forced to retire due to a small technical problem on the tenth lap. The second race saw the SBK rookie make a gallant attack moving up from his starting grid position in 11th to sixth place, but on the last lap had to settle with eighth.

The team will now take and analyse all the data collected from each session this weekend in preparation for its home race at Assen, the Netherlands next weekend 17-19 April.

Michael van der Mark (DNF – 8th): “I felt quite confident going into race one today, but I knew I had some work to do starting from 11th. My lap times were getting better and better and I was improving on each lap, but unfortunately we had a small technical problem, which meant I had to finish the race early. Race two was better, I managed to get up to speed quickly and move further forward towards the front. I’m happy to leave here with some points and we now have some work to do before Assen next weekend, where I hope we have some better results.”