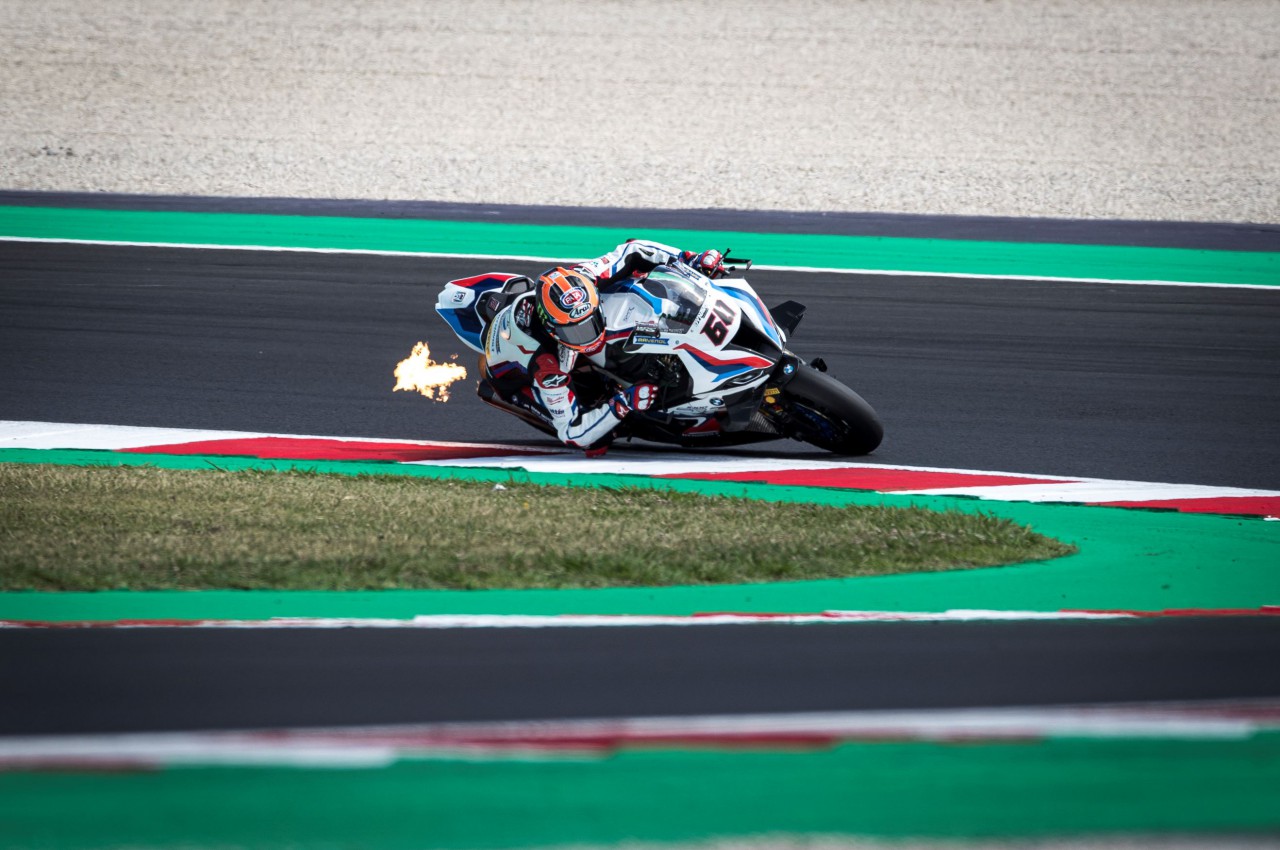 Following a year’s absence from the Rimini circuit in 2020, the BMW Motorrad WorldSBK Team pairing of Tom Sykes and Michael van der Mark finally returned to track onboard their BMW M 1000 RR’s, and were greeted by fans for the first time in 2021.

It was the first outing on the BMW M 1000 RR for Michael van der Mark at the Misano World Circuit, and he was keen to get the early laps under his belt. Michael managed to get a solid 19 laps during FP1 whilst finishing the session in P10 (1’35.831). In the afternoons final session of the day, Michael could not match his pace set in FP1 and as a result finished the day in P14 on combined times.

“It’s not exactly where we want to be. This morning’s FP1 session felt okay, I was feeling good on the bike and the lap times were relatively okay which I was happy about. Then this afternoon we tried to change some settings on the bike, but we struggled a lot with stopping the bike and initial turning, which is quite hard to struggle in areas at this track as you need to stop and you need a lot of turning on the bike. Anyway, It was nice to be back riding here in Misano and as soon as we can get the bike to turn how we want, it will be fun again.”