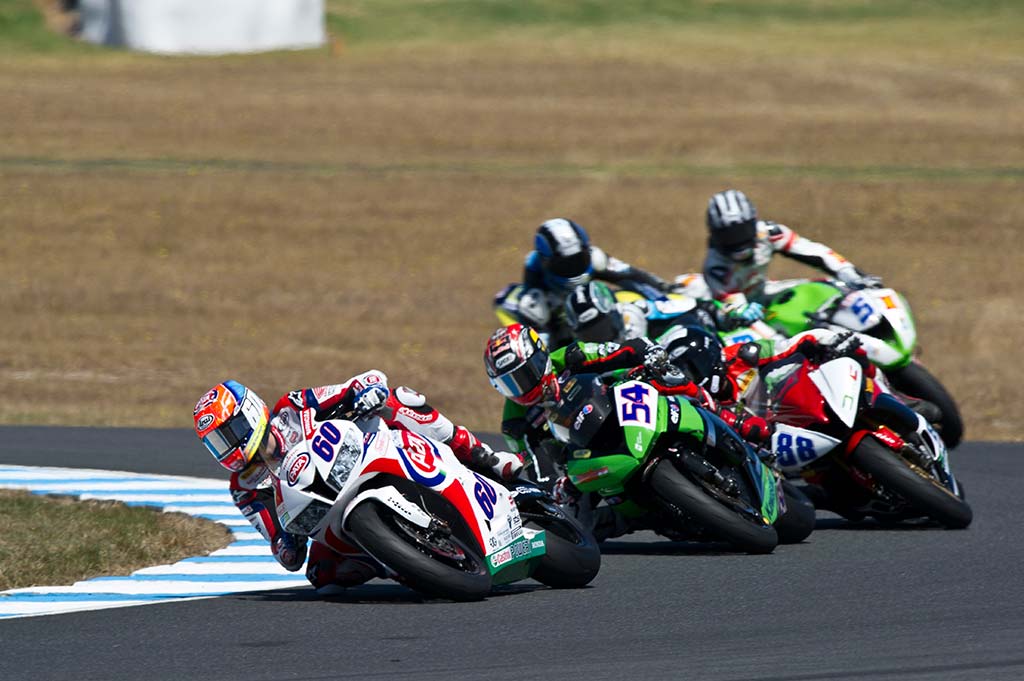 The Pata Honda World Supersport team will leave Australia empty-handed after today’s first round World Supersport championship race at the Phillip Island circuit near Melbourne. Michael van der Mark had been in impressive form all weekend and started the scheduled 18-lapper from the front row of the grid, alongside reigning world champion, Kenan Sofuoglu. Van der Mark was competing for the podium positions when the race was red-flagged after seven laps. Race organizers declared a five-lap sprint race for the re-start in which the Dutch rider competed once more for a rostrum finish. However, van der Mark crashed at Phillip Island’s turn two on the second lap and, although he was able to re-start, the 21-year-old crashed again on the following lap whilst trying to get back into contention.

Michael van der Mark (DNF): “The first part of the race was quite OK, I took the lead but I was a little too enthusiastic and made some mistakes, which allowed Kenan Sofuoglu and Kev Coghlan to pass me. When I followed them I felt I could do the lap times really easily so I held myself back a little bit because it’s a long race and I wanted to look after my tyre. When I was close to them again I wanted to overtake and follow Kenan but we got the red flag. The new race was five laps which was a little disappointing because we worked hard on race simulations all week because of the tyre situation. To travel all the way round the world for a five-lap race at the end of all that was tough. The crash was my mistake and I feel so sorry for the team because we worked so hard. On the positive side, I think we showed how much progress we have made over the past year in closing the gap to the front, so I’m really happy with this and I look forward to Aragon.”

Pieter Breddels (technical co-ordinator): “Michael got away OK and was in a comfortable third place, trying to save his tyres and doing the pace easily before we got the red flag. The rest of the race was reduced to just five laps but he got off the line OK again and was in fourth when he overdid it a little and crashed out. He got up but crashed again a lap later. The good news is that he’s not hurt but the bad news is we lost a race that we could have won. He showed really good speed all week so, for sure, he’ll be back at Aragon trying to show how he can fight for a win.”

Lorenzo Zanetti sustained an injury to his left hand in a last-lap qualifying crash yesterday. The 26-year-old was transferred to hospital in Melbourne where he underwent surgery, forcing him to miss today’s race. The Pata Honda team will be back in action at round two of the series at Motorland Aragon in Spain on 11-13 April.