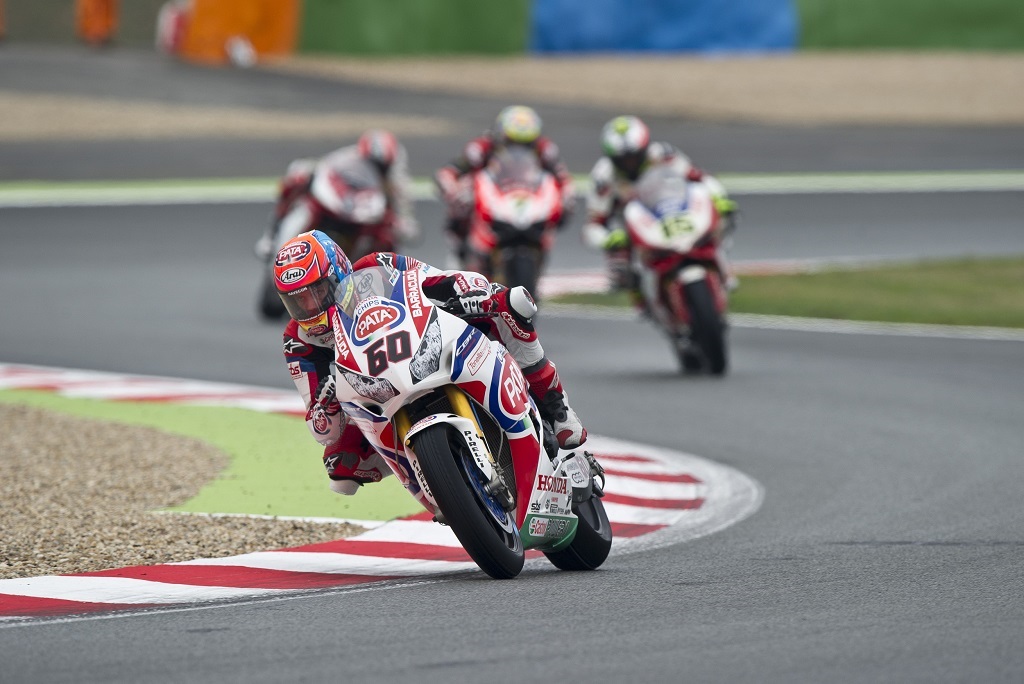 Michael van der Mark put in two stunning performances during the 12th round World Superbike championship races at Magny-Cours in France, starting from 15th place on the grid and taking fourth place in each of today’s races. Van der Mark endured a difficult qualifying session yesterday at Magny-Cours and ended up on the outside of the fifth row of the grid. However, superb starts in both races allowed him to get close to the leading riders in both wet and dry conditions. In race two particularly, the 22-year-old Dutch ace showed impressive pace by riding around the outside of Leon Haslam on to the back straight at Magny-Cours. Van der Mark’s times in the closing laps of the race matched those of the podium finishers and he takes renewed confidence into the final round of the season at Losail in Qatar in two weeks.

Michael van der Mark – 4th and 4th: “It’s been an awesome day because we’ve had some problems all weekend, not only on Friday and Saturday but also in Superpole yesterday. I wasn’t really happy and then the warm-up was wet this morning. It was OK though, and I had such a good start to race one. I took a lot of risks but the bike felt really good, even though I missed a bit of acceleration. I was really happy with fourth and happy for Sylvain to be on the podium because he also worked really hard.”

“For race two we changed some settings on the front for the dry and it worked perfectly. I got a really good start again and fought my way round the outside and ended up in a nice battle with Sylvain. There was a gap to Leon [Haslam] and I had to make a bit of a move to get by him. Our bike is not quite as fast as his and I had to make so much speed going on to the back straight that I had no choice really. I was not really sure about making the move but I was quite happy with how it worked out! Then I saw the pace of Sykes in third was dropping a little so I kept pushing in case it dropped more. But I’m really happy with another fourth place and want to thank the guys in my crew who did a fantastic job today.”