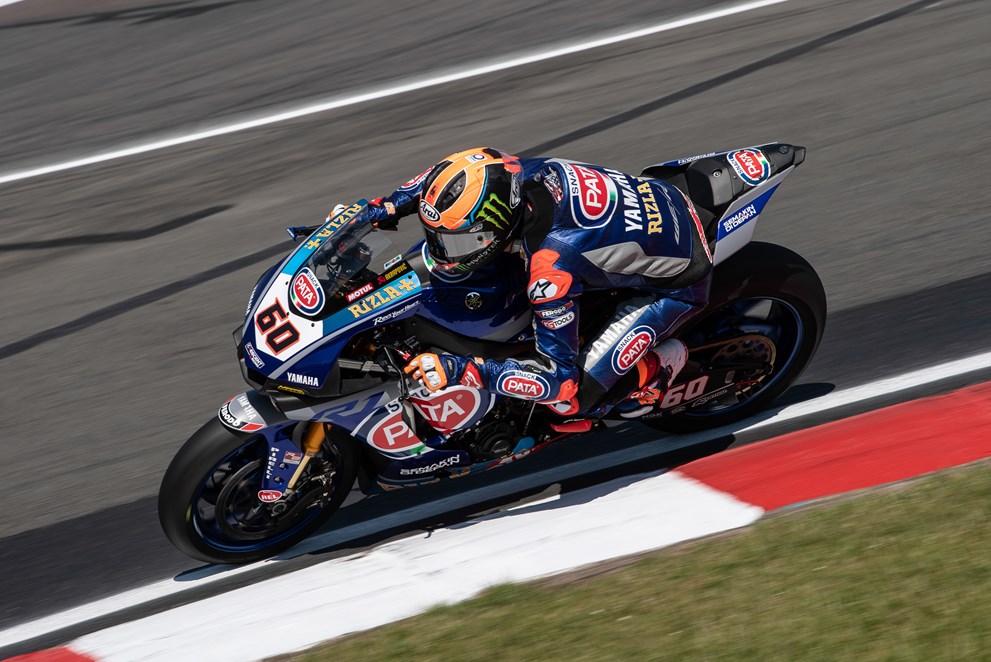 Pata Yamaha WorldSBK rider Michael van der Mark made his return to action today, just ten days after undergoing surgery on a fractured right radius. Michael ended the day in 11th position but is confident of improvement tomorrow. It was a tentative van der Mark who exited pit lane to test his injured right wrist in FP1 this morning, but the 26-year-old experienced no pain from the injury and complained only of slightly restricted mobility on his return to the pit box after his first run. Despite the cautious start van der Mark was an impressive fifth at the end of the 50-minute session. The Pata Yamaha rider was unable to improve his lap time as he worked on refining the set-up of his R1 in FP2 this afternoon but is confident of improvement ahead of WorldSBK Race 1 tomorrow.

Michael van der Mark – Pata Yamaha WorldSBK – P11 – 1’28.529: “I think I was more nervous ahead of FP1 today than I am before a race. I was pretty confident the injury wouldn’t be a problem, but you never really know until you’re actually on the bike. I felt good on the bike from the start, with no pain, but I am missing a little bit of mobility, which means I can’t move around the bike quite so well. Every lap I was feeling a bit better but I’m not as smooth as normal and that made it a little difficult to get the bike set-up. In the afternoon we tried to improve the bike, to make it a little smoother and easier to ride and, while I didn’t manage to improve my lap time, this wasn’t really the goal. I did a lot more laps than I was expecting today; this morning before FP1 I would have been happy to pick up some points in the races, but now I think we can target the top ten.”