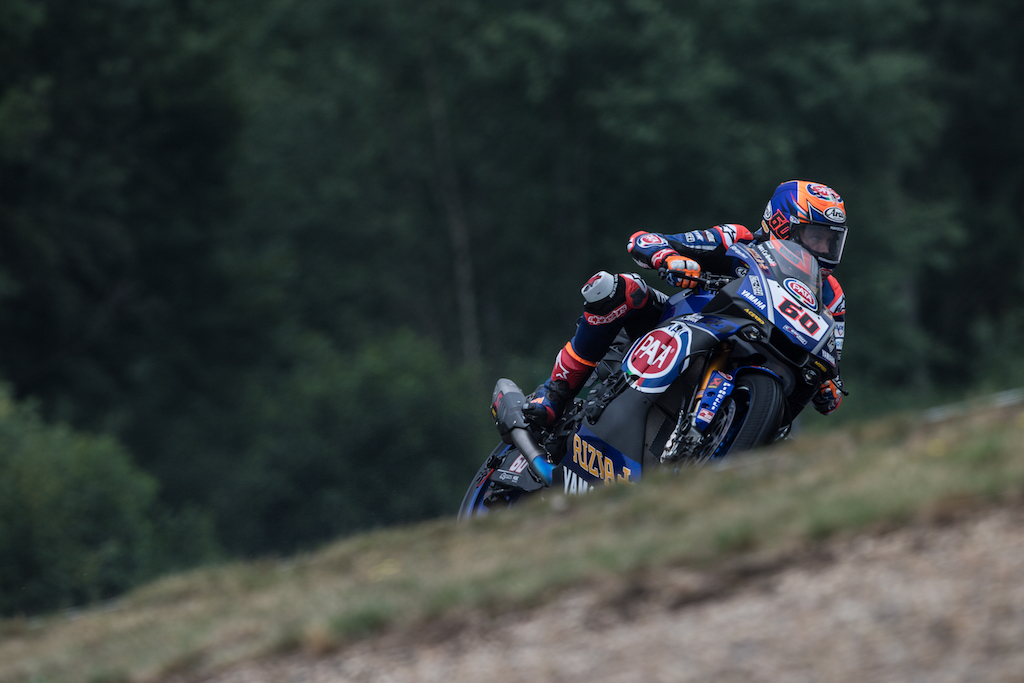 Michael van der Mark and the Pata Yamaha Official WorldSBK Team got off to a positive start on Friday at Round 7 of the 2018 Motul FIM Superbike World Championship in Brno despite a number of red flags and a wet FP1. Van der Mark finish in seventh and  secure his place automatically in Saturday’s SP2.

The forecast for the day was 28°C and thunderstorms at the Automotodrom Brno and heavy rain before FP1 saw the session declared wet before the circuit dried and the sun returned for the rest of the day with track temperatures rising to 40°C. WorldSBK returns to the Brno track for the first time since 2012 and to prepare, the Pata Yamaha team conducted a private two-day test at the circuit after Assen, although with the circuit conditions vastly different today,  further adjustments were required to find the best performance for the R1’s.

Fresh from his historic double victory last time out at Donington, Michael van der Mark eased himself into proceedings in FP1 with not much to be learnt in the mixed conditions –  the 25-year-old Dutch rider ended the session in 16th with a 2:13.704. Conditions were almost perfect for FP2 and the 2014 WorldSSP Champion improved to a 2:00.243 to end the session in tenth, despite not having the best confidence in the front end of his Pata Yamaha R1. The team made some setup changes during FP3 that saw van der Mark’s feeling improve towards the end of the session, leaving it late to set a 1:59.978 to finish Friday in seventh on the combined timesheets, 0.575s off the top and securing his place alongside his teammate in Saturday’s SP2.

Michael van der Mark: “FP1 was in mixed conditions, so it was good to go out but there was nothing we could really learn. I struggled with the feeling with the front end in FP2 and I did not have a lot of confidence. This carried into the start of FP3 but we made a big change to the bike and I finally got my confidence back with the front and when stopping the bike. I was happy with that and we now just need to focus on trying to find some more rear grip on corner entry and exit. I am happy to have made it into SP2 but feel we still have some work to do!”