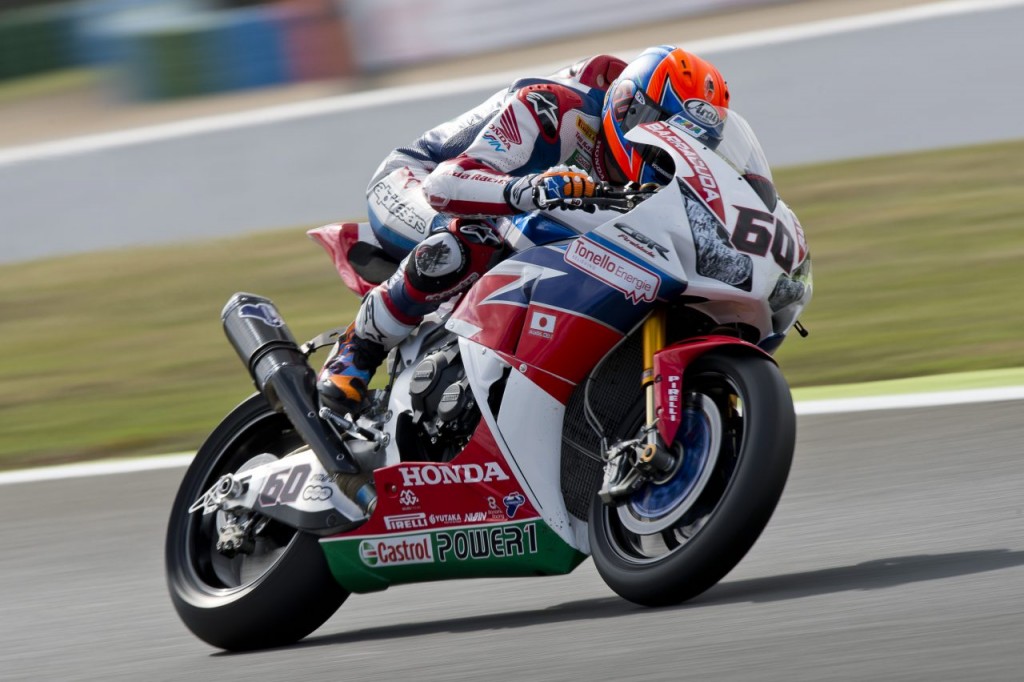 Michael van der Mark has claimed sixth place in the combined times of today’s two free practice sessions at the Circuit de Nevers Magny-Cours, the venue that is currently hosting the eleventh round of the 2016 FIM Superbike World Championship. Van der Mark did not enjoy the best start to the day as he was forced to sit out the first free practice session due to a technical problem experienced on his very first out lap.

Despite the setback, the 2014 World Supersport Champion did not let himself down and as soon as free practice two got underway, he took to the track and got up to speed. The real breakthrough came towards the end of the session when, after some changes made to the rear settings of his Fireblade, Van der Mark bounced back to fifth position. He then lost one place before the chequered flag was deployed, but with no consequence as the Dutch rider had already successfully qualified to Superpole 2.

Michael van der Mark (6th / 1’38.384): “It was a good day overall, despite losing the whole FP1 with a technical problem that couldn’t be fixed in time. I was really disappointed, but instead of waiting I decided to take my scooter and have a look at the other riders from the other side of the fence, and I surely managed to learn something from that! This afternoon we decided to make a big change to the rear of the bike and that worked out perfectly. We made a big step forward and I was able to ride the bike the way I wanted. I was happy because we also found some consistency despite the lack of time. In the end we’re not too far behind and, of course, the most important thing is that we were able to qualify for Superpole 2.”