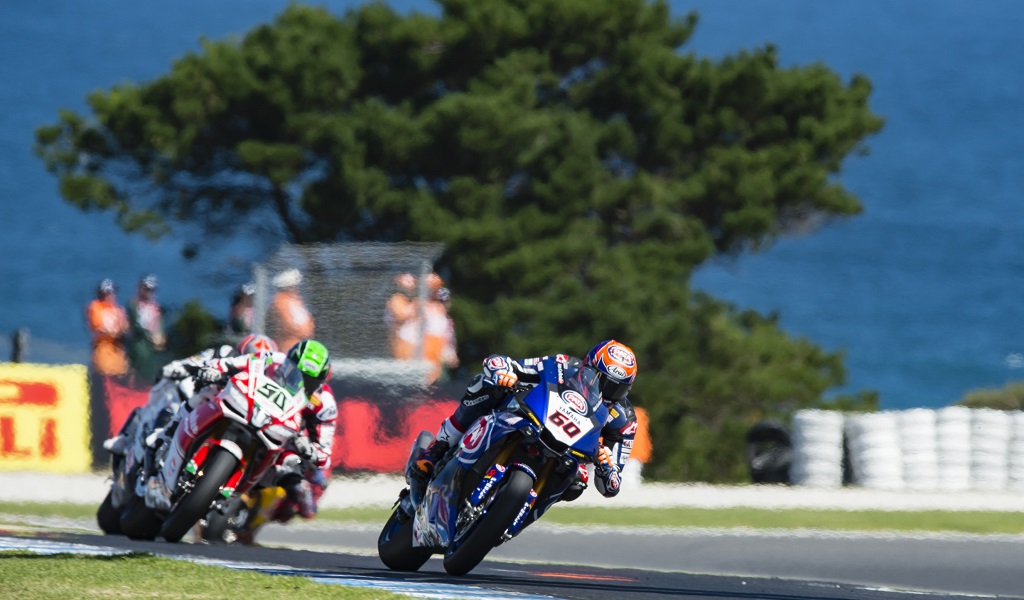 In a thrilling first FIM Superbike World Championship race at Phillip Island in Australia, Michael van der Mark secured a ninth place, earning good points and setting himself up well for the second race of the weekend on Sunday 26th. Van der Mark battled in a group of riders for the whole race, missing out on 8th place by only 0.05 of a second, and the experience gained about his new machine during his first race on the YZF-R1 will be used to find improvements for tomorrow’s Race Two.

Michael van der Mark (9th): “In Superpole 1 we made a big step forward with the bike and the lap times came quite easy. We made good progress and in Superpole 2 it was the first time, really, with a qualifying tyre for me on this bike. The lap was not perfect but I was happy to be in Superpole 2. The race was quite good and in the beginning I was with the front guys but I felt that I struggled with drive. I wanted to be smooth to save the tyre but there was not enough drive from the rear, which is why I struggled to stay with them. I had a couple of nice fights with the other guys but I was just not comfortable enough to do the same as the guys in front. Tomorrow I hope we can find a solution to find more drive. Now I have had a real race on the bike I can see the real issues, and what the real strong points of the other riders are. I hope we can close up to them tomorrow, I will be giving 100%!”

Under the new championship rules, Michael will be sixth off the grid on Sunday because of his top nine finishing position today.