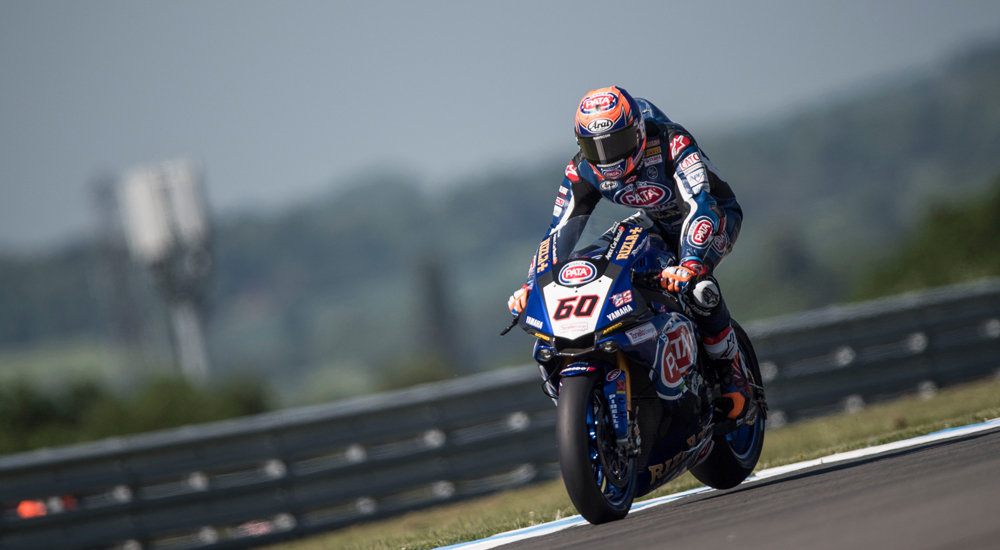 PROMISING START FOR VAN DER MARK IN THE SUN AT DONINGTON

Michael van der Mark got off to an encouraging start on Friday at Donington Park, round six of the 2017 FIM Superbike World Championship. Blue skies and glorious sunshine were the order of the day as Michael secured his progress into SP2. In the morning Van der Mark ended FP1 in fifth position, just 0.576s from the front, despite two small crashes during the session.

As track temperatures soared above 50°C in the afternoon and with progress to SP2 all but secure, the Dutch rider focused on bike setup and race pace in FP2. The 23-year-old made changes to his setup for the start of the session, but decided to switch back to his settings from FP1 and started to find his usual consistency, ending the day in seventh with a 1:28.404.

Michael van der Mark: “I have mixed feelings after today. This morning we started off really well, and then we had a small crash. After that, I was going faster and faster in FP1 and then in the last few minutes I had quite a big crash at the Foggy Esses. We knew what we had to change on the bike for FP2, but when I went out, it just didn’t feel right. Therefore, towards the end of the session we changed back to the settings we had this morning. I was losing a lot of time in the last two sectors, if we can make up the time there, we will be much closer to the front. Our pace is quite good, and I am sure we can find something for tomorrow and we will be strong. Today’s weather was awesome, and I hope it will be good tomorrow as it is such a beautiful track to ride!”