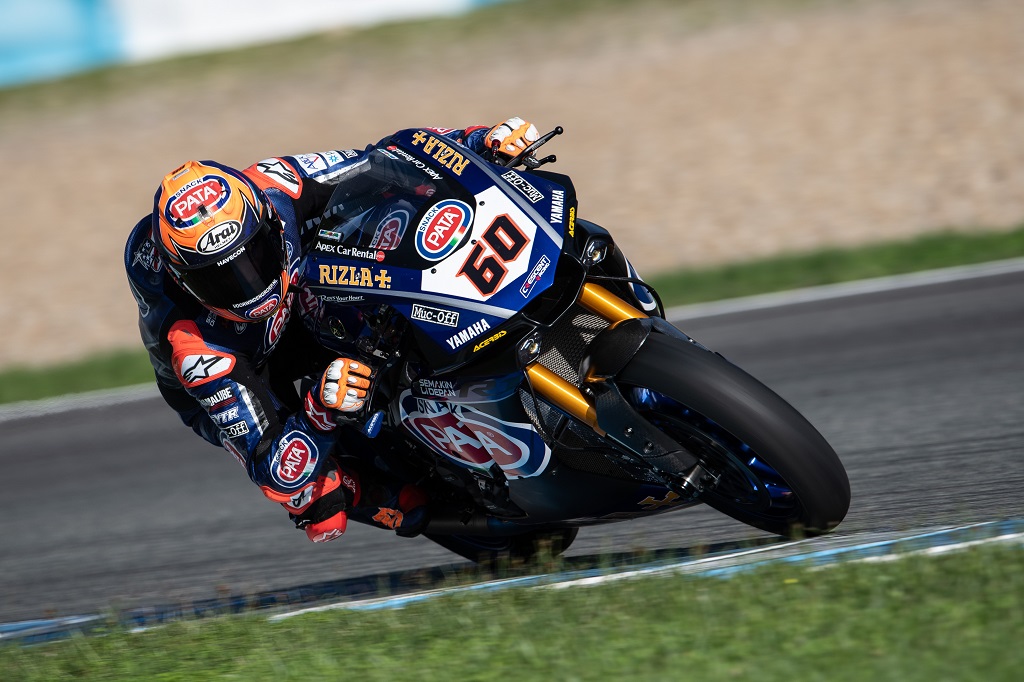 Pata Yamaha WorldSBK rider Michael van der Mark signed off the 2018 season with a positive and productive test at the Jerez circuit in southern Spain as he completed an intensive test schedule as part of Yamaha’s ongoing development program. For Van der Mark the focus of the test was on evaluating geometry, suspension and hardware changes, while also working with Yamaha engineers on improvements to the electronics strategies. Michael was satisfied with his pace over the course of the two days, despite still feeling the effects of the left scaphoid he fractured in an FP1 crash at the final race in Qatar.

Michael van der Mark: “It’s been a really interesting test, but it’s a shame that I’m still not fully fit after sustaining a wrist injury in the final race in Qatar. Still, we completed a lot of work here in Jerez; the first day we had a long list of things to try and I didn’t really feel comfortable on the bike, but today was much better. Again, we were trying many things, mainly with the geometry and suspension but also the electronics. This afternoon I managed to find my rhythm, improve lap by lap and we made some steps forward. Initially we were struggling a little on corner entry, but at the end we found quite a good solution. I’m really happy with the end of the second day and I’m already looking forward to January.”

Pata Yamaha will return to action early in 2019, with preseason testing getting underway in Jerez on 23rd January.