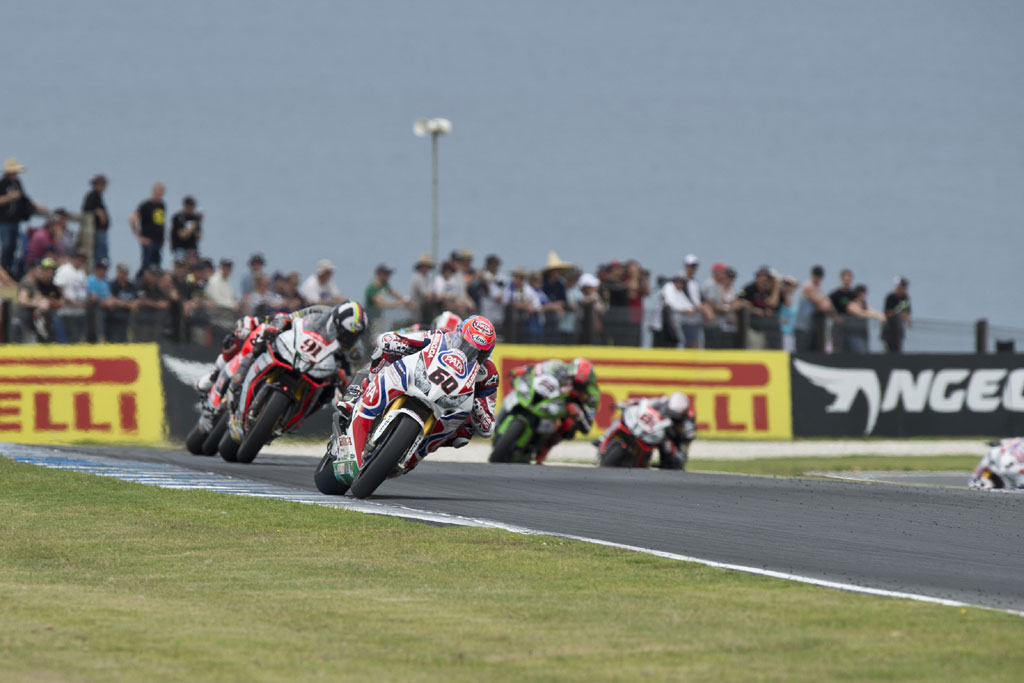 Fifth was where Dutch sensation Michael van der Mark finished his debut World Superbike race at Phillip Island in Australia after starting from fourth on the grid and battling in the early stages with the leading group before dropping into a solitary race and finishing four seconds ahead of 2013 WSBK champion Tom Sykes. The 22-year-old reigning World Supersport champion enjoyed an even better start to race two, blasting past Rea’s Kawasaki into the lead at the start of the eighth lap. Van der Mark led for the following five laps before rear tyre wear forced him back. He finally crashed out of fourth place with just three laps to go but was more than satisfied with his World Superbike debut.

Friday morning started as a bit of a nightmare really because we changed the bike a lot compared to the test earlier in the week. It was just not working but from the second free practice we started getting faster and faster and when the temperatures went really high yesterday we were still fast and managed the tyres well. I had a good feeling for the races but we were a bit unlucky that the weather was not as hot as yesterday. I had quite a good start to the first race and was aggressive in the first couple of laps, but I couldn’t stay with the front guys. I had a big drop in the tyre as well, so I had to focus on the guy behind me and save some tyre to bring it back in fifth.

We made a couple of small electronics changes for the second race but I was hoping for a bit more hot weather. The start wasn’t really great but I was really aggressive and could stay with the front guys this time. I even led the race for a few laps which felt really good before I had another big, big drop in the tyre. I tried to follow the guys but just pushed a bit too hard and lost it. But my guys did an amazing job this weekend and to be fifth in my first Superbike race was incredible. To be leading in my second Superbike race was just too good to be true!

Race one for Michael was a lonely ride but to get fifth in your first Superbike race was a very good effort. We made some changes for race two to work the tyre a little better and it worked out well. He got a good start and even led the race for a few laps before dropping back to fourth. He had a small crash three laps from the end so no points there, but for sure he showed the world that on the Honda he has all the speed and talent needed to run at the front.