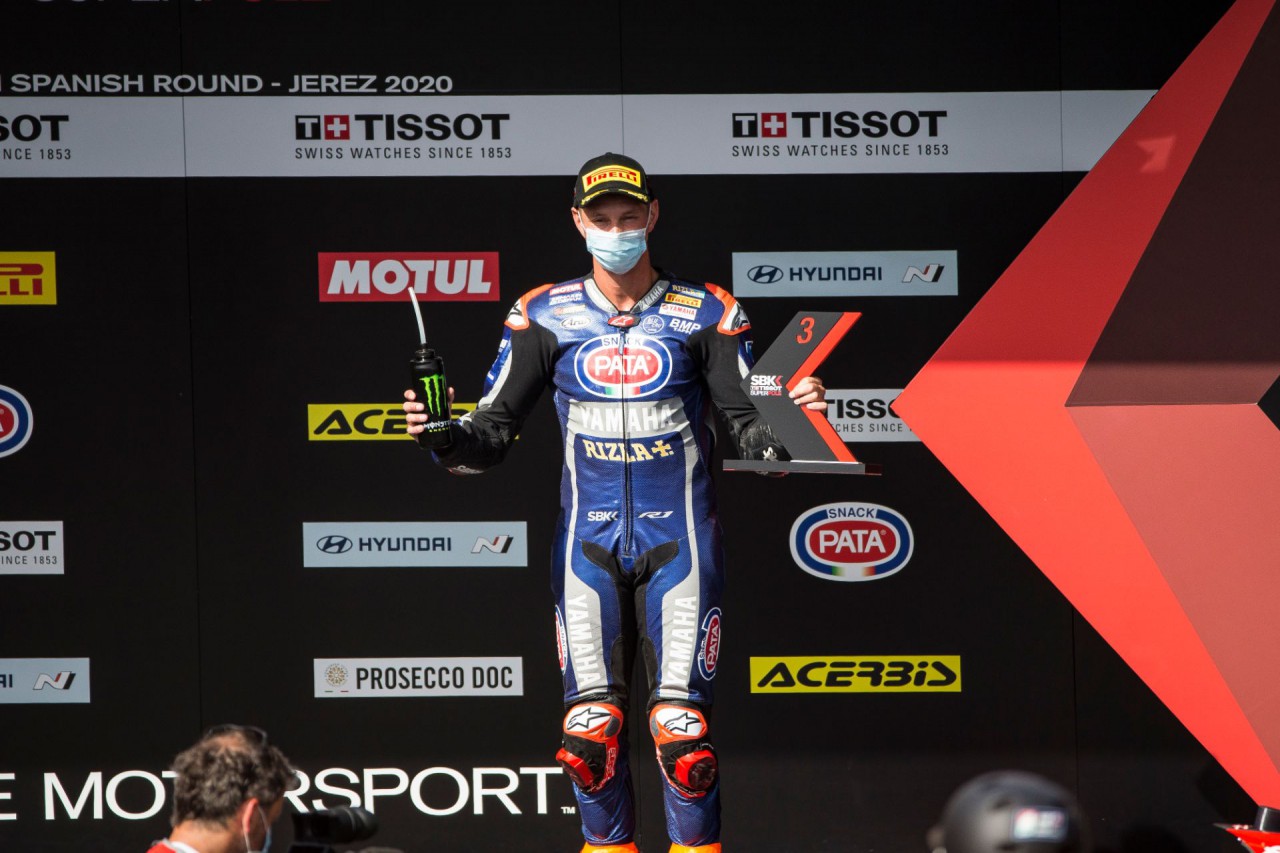 The Pata Yamaha WorldSBK Official Team, with Rizla, scored a pair of FIM Superbike World Championship podium finishes on Sunday in Jerez, with Michael van der Mark onto the rostrum in the 10-lap sprint.

Needing a strong haul of points following Saturday’s retirement, Van der Mark made a solid start in the Superpole Race to hold onto fourth place. The Dutchman remained within touching distance of the podium paces, benefiting from his teammate’s issue to take his first rostrum of the season. In Race 2, the rising track temperatures saw Van der Mark struggle with grip, eventually finishing just behind Rea in seventh, scoring more important points.

Michael van der Mark – SPRC: P3, Race 2: P7 – Pata Yamaha WorldSBK Official Team: “After missing out on the podium in Phillip Island and yesterday, it was good to be back inside the top three for the Superpole Race. I wasn’t really happy with the bike and we tried to sort it out for the second race of the day, but with the conditions being a lot warmer I struggled with the front end, which was not helped by being in a group and the tyre temperature going out of range. We scored some decent points, but now we need to focus on a better result at Portimao. It’s a track I enjoy and I think we’ll be able to challenge at the front.”