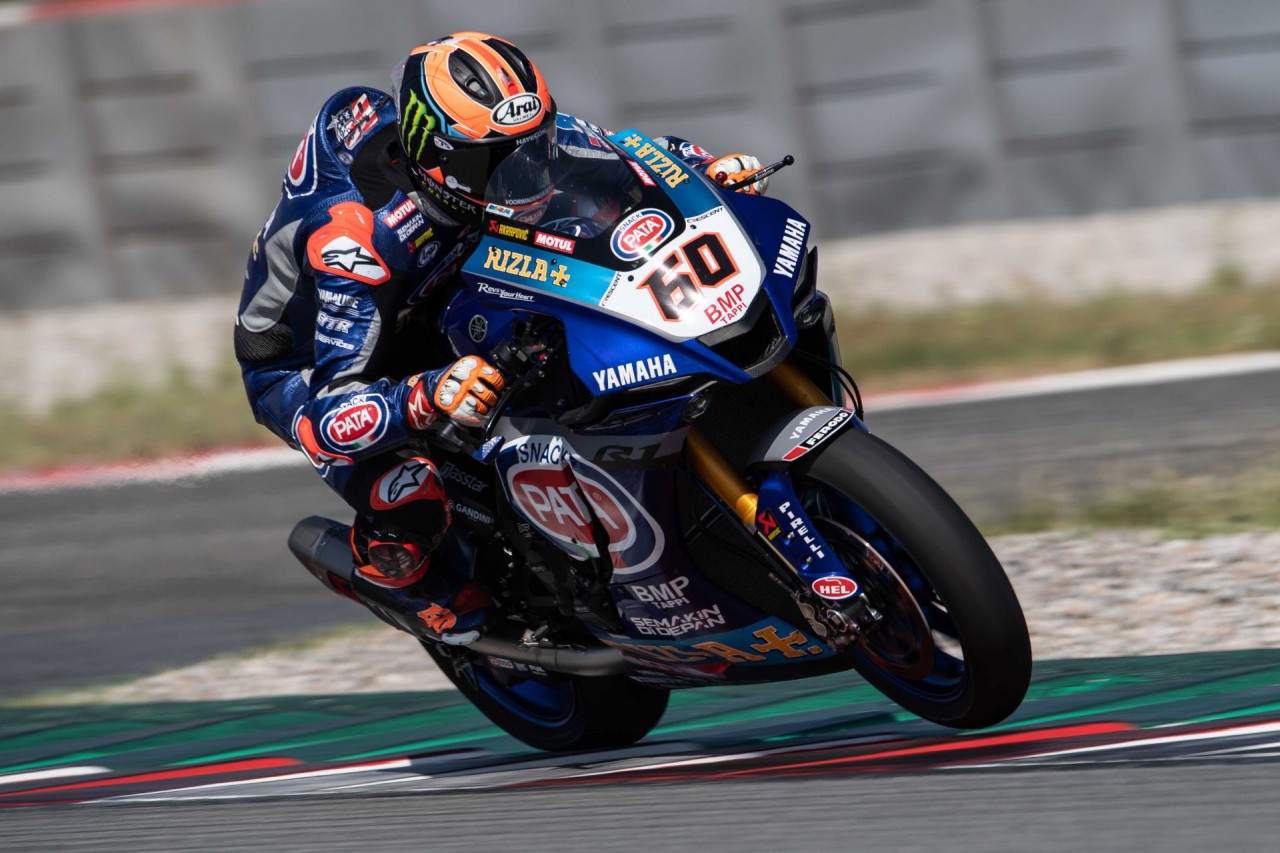 At a private test in Barcelona attended by the top WorldSBK competitors, the Pata Yamaha WorldSBK Official Team with Rizla completed a combined 332 total of laps over the two days, with riders Michael van der Mark and Toprak Razgatlıoğlu making best use of this important track time ahead of the second round of the series in Jerez (31 July – 2 August).

The two-day test at the Circuit de Barcelona-Catalunya, which is set to host a WorldSBK round for the first time on 18-20 September, saw Van der Mark complete 178 laps with a best time of 1:41.679, as Yamaha’s engineers focused on new development parts and collecting valuable data.

In the mid-summer Barcelona heat, testing got underway on Wednesday, with Van der Mark quickly getting back up to speed with the seventh-fastest time in the morning. During the afternoon, both riders continued to refamiliarise themselves with their R1’s after a four-month layoff and to test different parts. Van der Mark’s best effort was enough for 11th.

In the cooler conditions of day two’s morning, the Pata Yamaha riders made a big step in pace and then both set their fastest times of the test in the final hour before the lunch break as Dutch star van der Mark went seventh quickest with a time of 1’41.679. In the afternoon, Van der Mark continued to rack up his mammoth lap counts and is confident in the development work done by the Pata Yamaha squad.

The team is now ready for the WorldSBK season restart, scheduled for Spain and the Circuito de Jerez in three weeks’ time, as both van der Mark and Razgatlıoğlu look to continue their championship challenge.

Michael van der Mark: 178 Laps – 1’41.679: “It was nice to be back on the bike; it’s been a while and also it’s been 10 years since I’ve last been here, so it was all quite new. We had so many new things to try and I think we can be quite happy with this test, even if it doesn’t maybe look as good from the results alone. We had so many new developments and we were just focused on improving the bike, because in the last four months the guys have been working really hard at home. A lot of positives on the R1, I’m happy to be back after four months not riding and I’m ready to be racing again. I can’t wait for the restart in Jerez.”