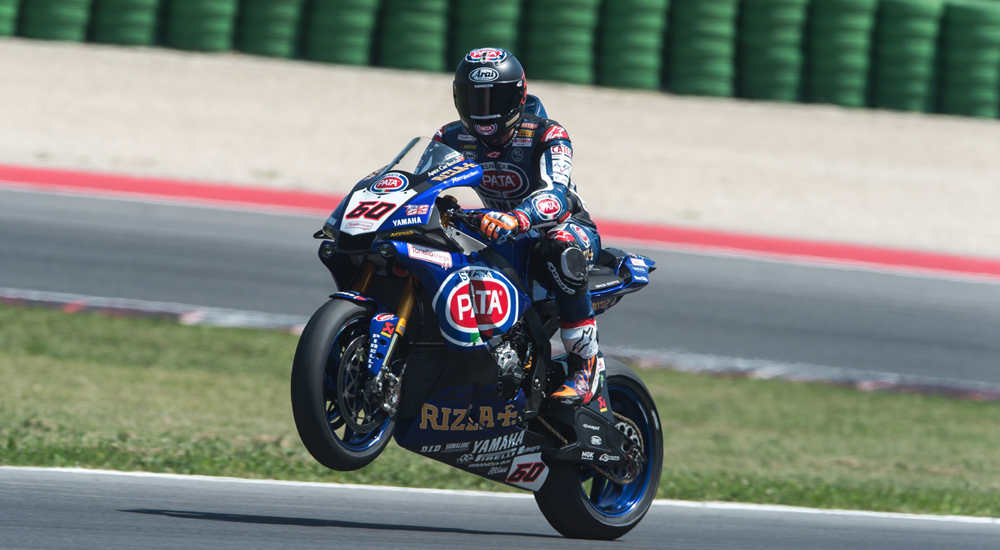 The Pata Yamaha Official WorldSBK Team ended a productive one-and-a-half-day private test at Misano today ahead of round seven of the 2017 FIM Superbike World Championship at the same circuit on the 16-18th June. Michael van der Mark and Alex Lowes both worked hard in the searing heat – with track temperatures rising to over 55°C – as they evaluated some new updates and electronic settings to build on the podium pace the team displayed at Donington Park last weekend.

Van der Mark, determined to keep moving forward, completed an incredible 118 laps on the first day alone and 171 laps in total as he evaluated some new suspension updates, worked on his electronic settings and also tested out some different swing arms on his R1.

After a positive test, which both riders left confident that they have made good progress, the Pata Yamaha Official WorldSBK Team are back in action at Misano on the 16-18th June for round seven of the 2017 FIM Superbike World Championship.

Michael van der Mark: “It has been a really good test! The weather has been amazing, and we have worked really hard. Yesterday I did 118 laps working on some new suspension updates and electronic settings. I felt really strong yesterday and got quicker all day, in fact my last lap was my fastest. Today we tested some new swing arms back-to-back and carried on working on the setup of the bike. I am really pleased with the work done during this test as not only were we quicker, but we also improved the feeling of consistency with the bike which makes it easier to ride. I am now really looking forward to putting what we have learnt into practice at Misano when we come back!”