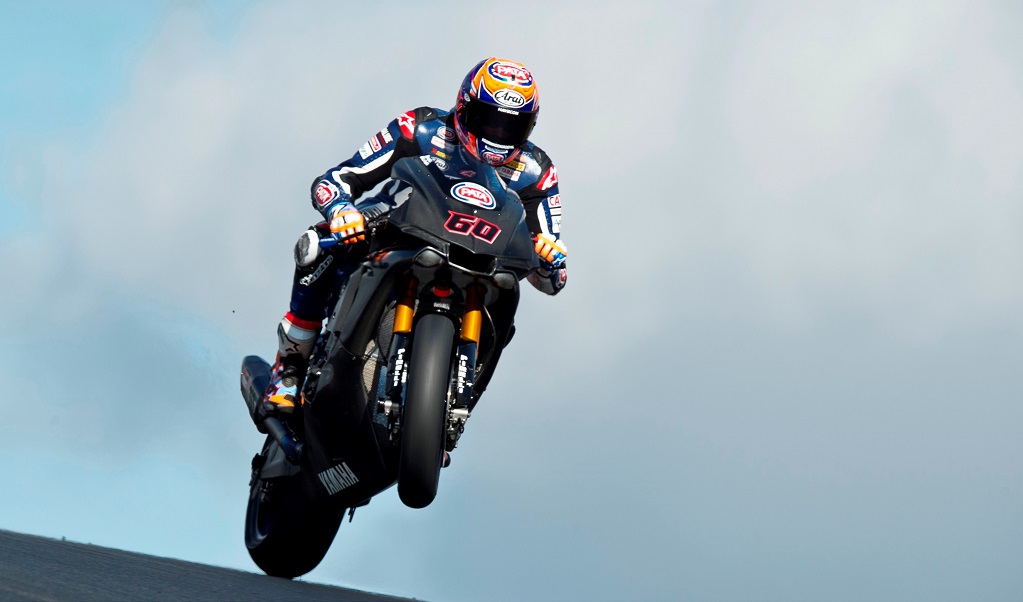 The Pata Yamaha Official WorldSBK Team concluded a successful four days of pre-season testing at Portugal’s Autodromo do Algarve this afternoon. Sharing the 4,592m track with over 30 World Superbike, Supersport and BSB riders, Michael van der Mark and teammate Alex Lowes completed their respective test programmes and provided Yamaha’s engineers with detailed feedback to assist with the next stage of the WorldSBK YZF-R1’s performance development.

Having fully explored his set-up options with his newly-acquired Yamaha Superbike, Van der Mark concluded January testing with a best of 1’42.794 on his 75th lap of the Algarve circuit, happy with the direction of progress. With every chassis adjustment providing valuable information for the Yamaha rookie, the continued evaluation of the ideal balance between grip and agility of the machine alongside its stability, both under braking and acceleration, has left the Dutchman confident of the YZF-R1’s performance on new and used rubber. With 144 laps of the Portimão “rollercoaster” under his belt, Van der Mark can now turn his attention to the first race of the year on Saturday 25th February.

European testing concluded, packing and preparation is now the order of the day as the Pata Yamaha Official WorldSBK Team readies itself to travel to Australia for the ‘Yamaha Finance’ opening round of the 2017 MOTUL FIM Superbike World Championship and the official test at the Phillip Island Grand Prix Circuit commencing on Monday 20th February.

Michael van der Mark (1’42.794 / 144 laps): “It was nice to get out on track early today, as this gave us the time to try many things on the bike and work out the correct direction to go. We also completed a race simulation and although I did not have the rhythm I wanted to achieve, it highlighted something to work on for the afternoon. In the end I am quite happy, we completed some good laps and my times are a lot closer than where we started at the beginning of the week so we have made some good progress. We also had the chance to try the ‘longer distance’ 2017 Pirelli rear qualifier which was interesting, I’m not sure when we will have the opportunity to use this at a race but it is a positive addition. I’m really happy to have had four good days of winter testing before we head to Phillip Island – thanks to the team and to Yamaha, I am enjoying myself on the YZF-R1!”