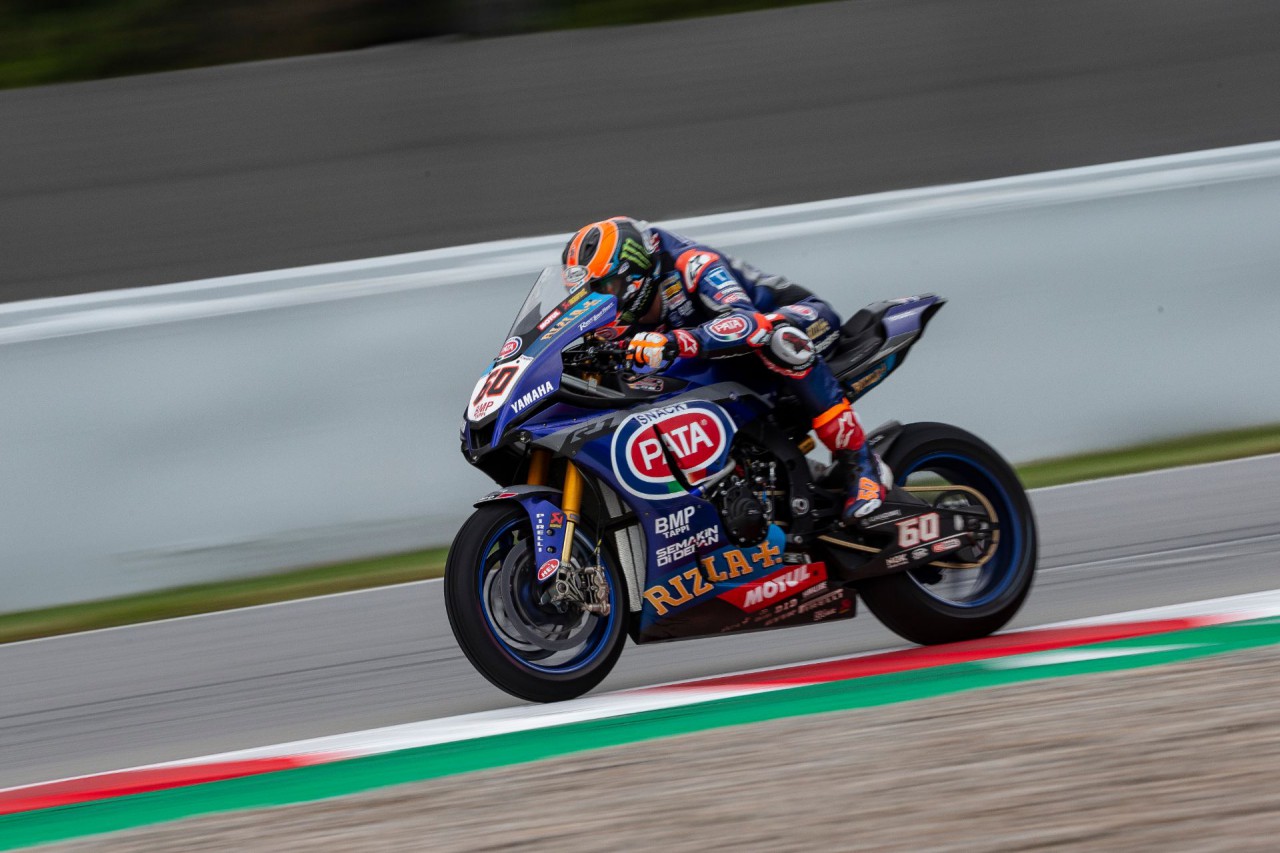 PATA YAMAHA FIRED UP FOR WORLDSBK SEASON FINALE AT ESTORIL

A new challenge awaits the Pata Yamaha WorldSBK Official Team with Rizla at Circuito Estoril for the eighth and final round of the revised 2020 FIM Superbike World Championship in Portugal this weekend.

With one race win apiece and a further 11 podiums between them, Michael van der Mark and Toprak Razgatlıoğlu are keen to add to their trophy tally before the season draws to a close on Sunday afternoon. But, like most of the WorldSBK field, Estoril will be a new circuit for the riders and the team to learn and adjust to.

Both Pata Yamaha riders also each have a chance of finishing third in the overall Riders’ Championship, with Van der Mark sitting closest to the target. A clean weekend will still be required if he is to overhaul Ducati rider Chaz Davies for the position, as the Dutchman currently sits 19 points adrift in fourth.

What else stands between them is the technical layout of the circuit ­– a long straight, two hairpins and sweeping parabólica corners as well as elevation changes and nine other corners with plenty of overtaking opportunities. Once a popular historical Formula 1 circuit, Estoril is known as an exciting MotoGP venue of the 2000s and even more recently as the site of the Yamalube YART Yamaha EWC Official Team’s sublime victory in the first-ever Estoril 12-Hour endurance race just two weeks ago.

When Estoril last hosted a WorldSBK round, the season finale 27 years ago, Race 1 was won by Fabrizio Pirovano on board his Yamaha YZF 750 SP, which would prove to be the last of the Italian rider’s 10 WorldSBK race wins.
Van der Mark and Razgatlıoğlu are eager to replicate ‘Piro’s’ 1993 form after they familiarise themselves with Estoril’s layout and dial in their modern-day Yamaha R1 superbikes. Their first opportunity to do so will be two 50-minute Free Practice sessions from 10:30 and 15:00 local time (UTC+1) on Friday 16 October.

Michael van der Mark – Pata Yamaha WorldSBK Official Team: “It’s going to be an exciting weekend, but a strange one for me! First of all, I’m looking forward to going to Estoril, a completely new track – it looks really nice and I think we can do really well there with the R1. It will be a strange weekend though, my last races with Yamaha and the Crescent Racing crew, so I just want to finish as well as possible. The target for this weekend is to run at the front, see if we can steal some points from Chaz and finish third in the championship. That would be an amazing goodbye to everyone at Yamaha and the team, and I’ll be giving it everything.”