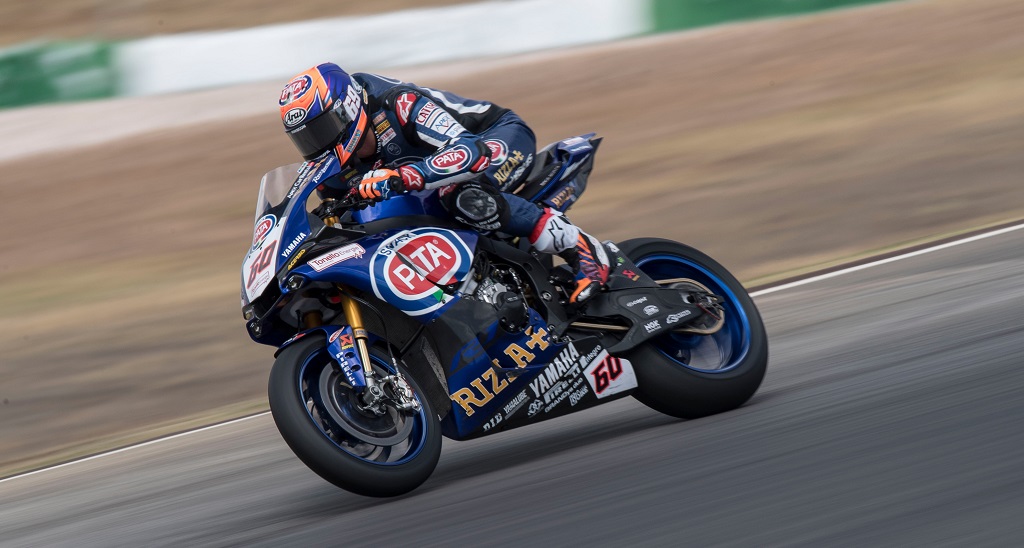 The Pata Yamaha WorldSBK Team enjoyed a productive Monday in Portimao at the official one-day test following on from round ten of the 2017 FIM World Superbike Championship. Fresh from his maiden Yamaha podium in Race 2 on Sunday, Michael van der Mark was the busiest rider on track, completing 83 laps and setting the sixth fastest time.

The Pata Yamaha team took part in a full day’s testing in Portimao, where it remained dry and sunny until the last hour when a few drops of rain appeared. Van der Mark was keen to continue the progress that saw him cross the line in second in Race 2 on Sunday to record his first Yamaha Podium. The 24-year-old Dutch rider did not have many 2018 development parts to test, but instead focused on improving his feeling with the Yamaha R1 and was happy with the work done.

It didn’t take long for him to improve his best time from the weekend, and he continued to put in the effort even when drops of rain appeared around the undulating 4.593km track in the final hour. In the end, he put in 83 laps, more than any other rider on Monday, and set a best time of 1:43.330, which was good enough for sixth on the overall timesheets.

Michael van der Mark: “We tried many things on the bike and I was quite fast from the start. I was faster than yesterday which is always good, we tried lots of different settings on the R1 and I did a lot of laps. I felt really happy on the bike! We also had some tyres to test for Pirelli, which had some positives and some negatives, but anyway, I am quite happy with the test today and I really look forward to Magny-Cours!”