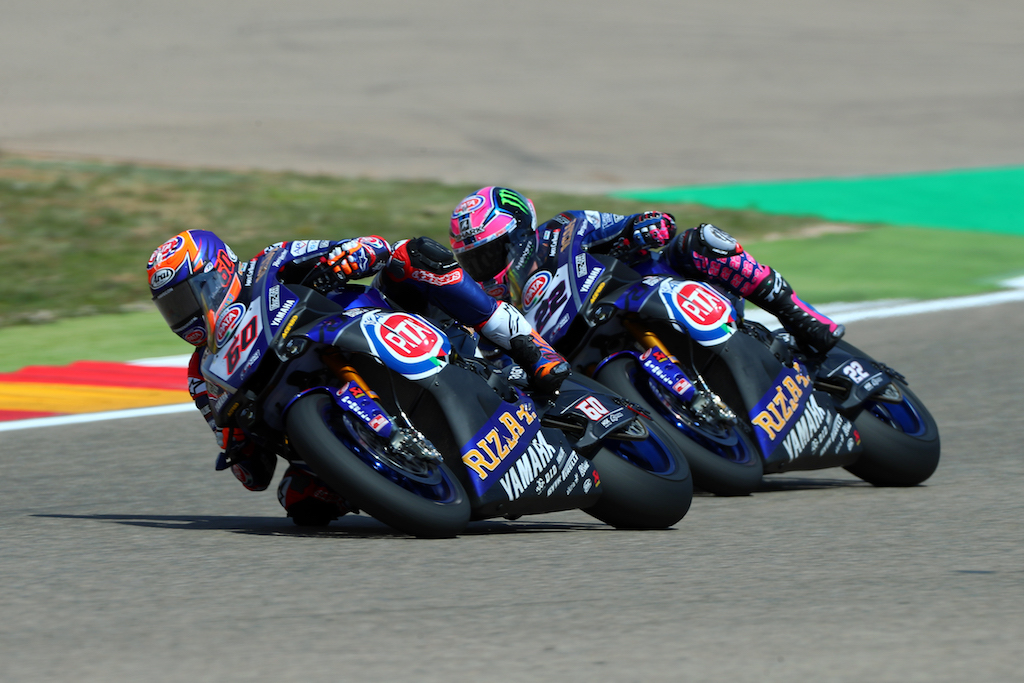 The Pata Yamaha Official WorldSBK Team are looking to step back on to the rostrum at Round 4 of the 2018 Motul FIM Superbike World Championship this weekend in Assen, fresh from a solid points-haul at last weekend’s Motorland Aragon event, part of the only back-to-back races of the season.

Michael van der Mark – who is sixth in the championship standings, just three points behind his teammate – it is always a special occasion racing at his home round. Having secured a superb second-place finish in Race 2 at Buriram, he followed that up with a double top-five finish in Aragon and is hoping to build on the pace he has shown at each round this season to battle for the podium in front of the Dutch fans.

To race in front of the passionate Dutch fans at the TT Circuit Assen is always a memorable occasion for Michael van der Mark, and after another strong weekend in Aragon where he returned two fifth-place finishes, he feels there is more to come at his home round. The 25-year-old also recorded a DNF in Race 1 at Assen last season but he bounced back in sensational style in Race 2, thrilling the home fans by fighting his way through the field from the middle of the fourth row to battle for the podium before finishing in fourth. He has an excellent record at the TT Circuit Assen, including a victory in WorldSSP and three WorldSBK podiums to his name, and a return to the rostrum at the track is his target in 2018. The 2014 WorldSSP Champion has enjoyed a strong start to the year and sits sixth in the championship standings with 67 points, 18 more than he had at the same stage in 2017, highlighting the improvements he and the team have made in their second season together.

Michael van der Mark: “I really can’t wait for my home round because it is always a special race for me, getting to ride in front of the Dutch fans, and it looks like the weather will be great too. I have a good history at the TT Circuit Assen and really enjoy riding here, so I hope to reward the fans and team with a good performance. The base feeling I have with my Yamaha R1 is good so hopefully, we can make another step in Assen and build on the pace we have shown so far this season to fight for the podium!”

Michael van der Mark and the Pata Yamaha Official WorldSBK Team will hit the track for Free Practice 1 on Friday at 9:45 am (CEST) local time, while qualifying is due to start at 10:30 am on Saturday ahead of Race 1 at 1:00 pm, with Sunday’s Race 2 also scheduled for 1:00 pm.