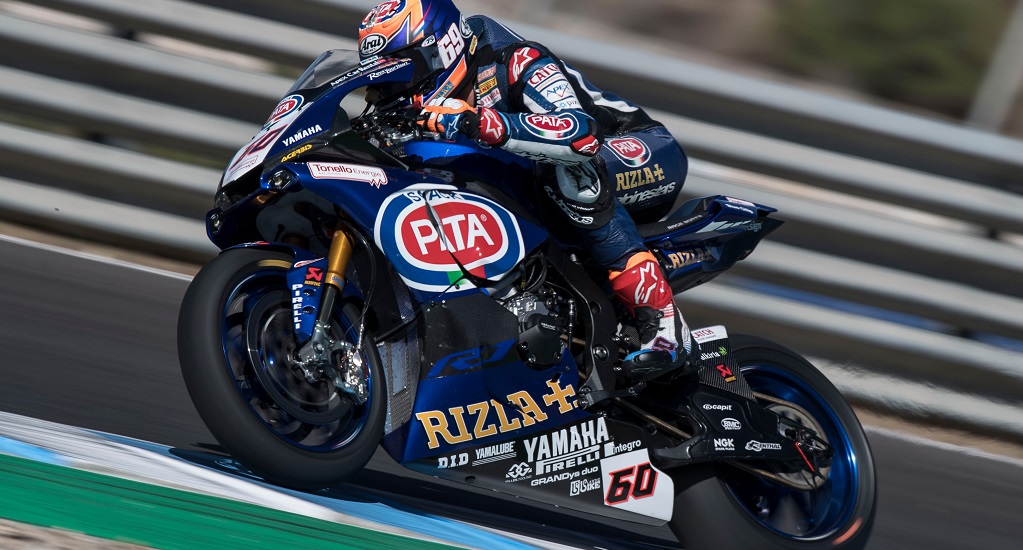 PATA YAMAHA AIMING TO END SEASON ON A HIGH IN QATAR

The Pata Yamaha Official WorldSBK Team are relishing the opportunity to perform at the final round of the 2017 FIM Superbike World Championship in Qatar this weekend. Having gone from strength to strength throughout the year, the team will be looking to bow out on a high to bring an end to a 2017 season that has seen them emerge as regular podium contenders. Michael van der Mark, fresh from a superb MotoGP debut for the Monster Yamaha Tech 3 Team in Malaysia, hopes to continue the form that has seen him record two podiums at the last three rounds and eleven consecutive points-scoring finishes.

Van der Mark is a fan of the Losail International Circuit and is excited about his first opportunity to ride the track on his Pata Yamaha R1. The Dutch rider recently celebrated his 25th birthday and flew straight to Qatar from Sepang after an excellent performance deputising for the recovering Jonas Folger on the Monster Yamaha Tech 3 M1 at the Malaysian GP, where he finished in a very respectable 16th place on his MotoGP debut.

The 2014 Supersport World Champion has been in stunning form at the last three rounds, with two podiums and five top-six finishes in six races, and van der Mark wants to continue this run at the season finale to finish the year in the best way possible.

He is currently sixth in the championship standings with 210 points, just 16 behind his teammate Lowes.

Michael van der Mark: “I am looking forward to the last race of the season, even if it’s difficult to believe it’s arrived already. The Qatar round is one of my favourite races of the year under the floodlights and I really like the track. Hopefully, we can finish the season on a high note as we have been really competitive in the last couple of races. There are some small points we can improve to make sure I am able to be fast right to the end, and I look forward to ending the year in the best way possible.”