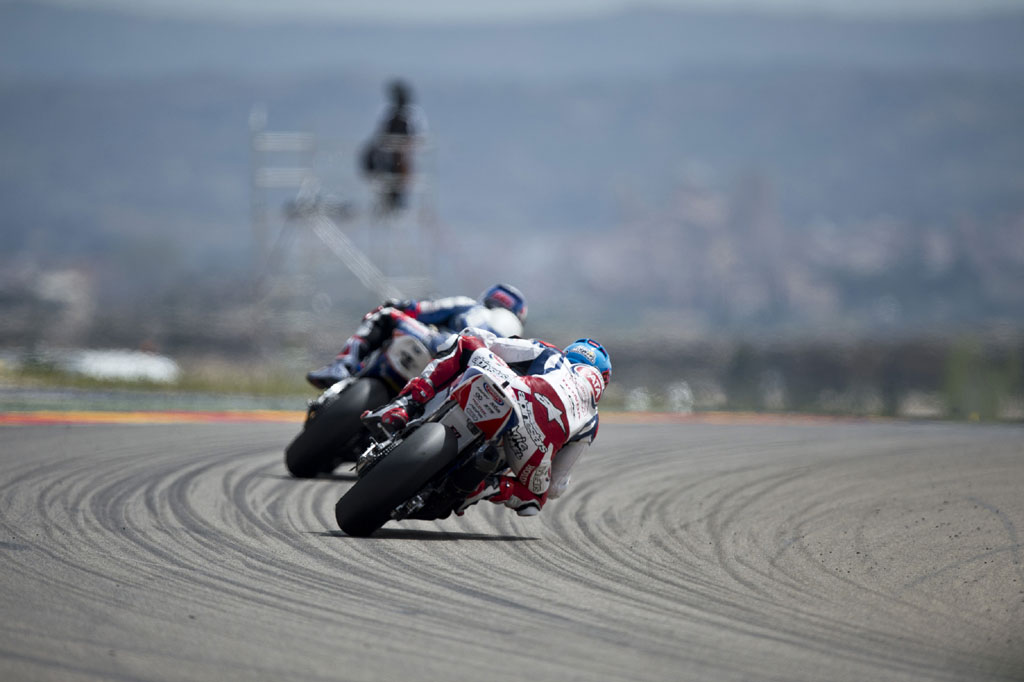 The Pata Honda team is gearing up for this weekend’s fourth-round World Superbike championship races at Assen in the Netherlands with riders Sylvain Guintoli and Michael van der Mark on their Honda CBR1000RR Fireblade SP machines. The historic 4.542km TT Circuit at Assen is just 70km from the Pata Honda workshop at Nieuwleusen and the Dutch round is traditionally the busiest of the year for the team with many guests, colleagues, friends and family members visiting.

However, in the coming days, Guintoli, van der Mark and their respective crews will be intently focused on improving results and targeting a visit to the World Superbike podium that has eluded the team in the opening three rounds of the 2015 season. This weekend is also the home round for van der Mark, 22, who took his debut World Supersport laurels at Assen last year on his way to the 2014 title. The Dutch ace will be hoping for a similar World Superbike debut in the Netherlands this weekend.

Michael van der Mark: “I’m feeling quite confident ahead of the home race for me and the team and I’m really looking forward to it. We know from results in previous years that, without a really long straight, Assen suits the CBR a little better than other circuits but we’re still going to have to work as hard as we can and do our very best to get the most out of the package. It would be so good to be able to challenge for the podium but we have to be realistic because I’m still learning in this class. Your home race is always really special and it’s going to be a very busy weekend. But it’s only once a year and I’ve got somewhere to go and chill when I need to!”