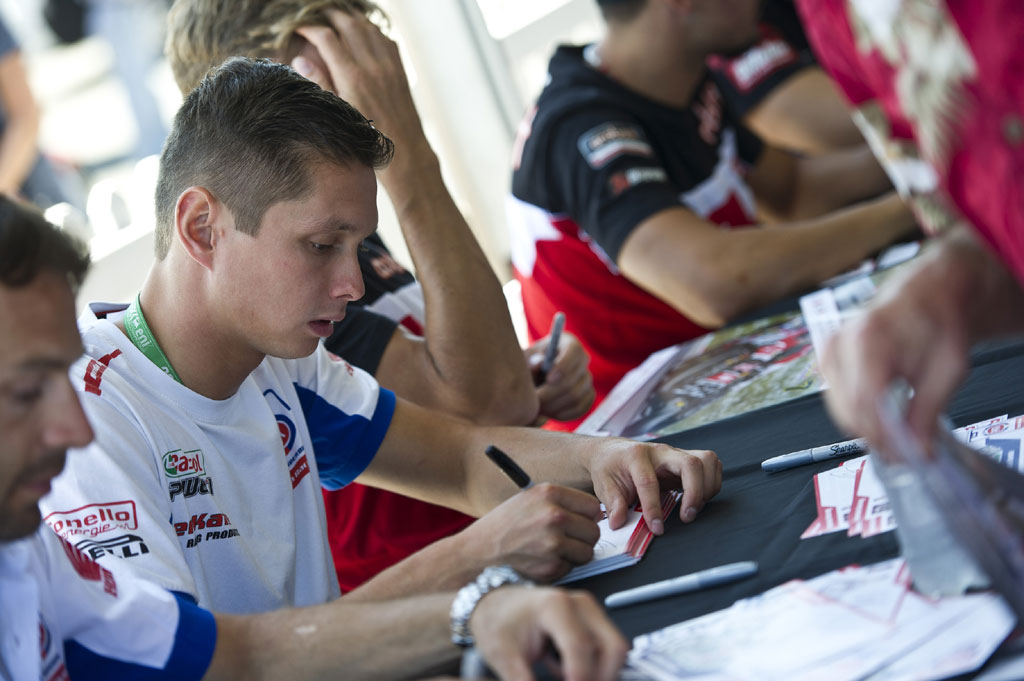 After a two-week break, the Pata Honda team and its riders Michael van der Mark and Sylvain Guintoli are preparing for this weekend’s (31 July – 2 August) tenth round of the 2015 World Superbike championship at Sepang in Malaysia. After two top-eight finishes in California Van der Mark has been riding a different specification CBR during the break between Laguna Seca and Japan, competing in the Suzuka 8 Hours race in Japan alongside Casey Stoner and Takumi Takahashi.

The 22-year-old WSBK rookie’s dreams of a third consecutive victory in the prestigious endurance race were ended, however, when Stoner crashed early in the race. Van der Mark will be looking to bounce back in Sepang where he won last year’s World Supersport race on his way to 2014 world championship glory.

Michael van der Mark: “Compared to the last two years, the Suzuka experience was really disappointing this year. I’ve never felt so bad after a race, so I’m looking forward to meeting up with the team again and to riding my WSBK-specification CBR. I’m not under any illusions because I know how tough the circuit is; it’ll be hard work but I really enjoy riding there, even though it can get quite hot. I had a really good battle in the heat last season with Jules Cluzel in Supersport which will bring back some happy memories for me. We’ll work as hard as we can from Friday morning to get the best out of the CBR and see where we are when Sunday comes.”