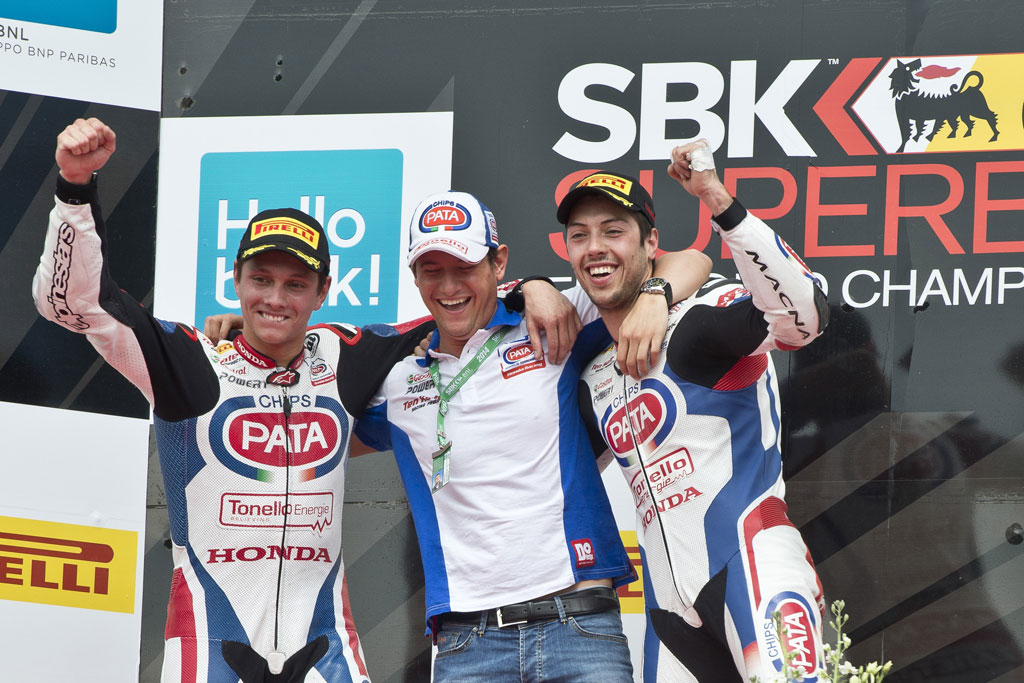 Michael van der Mark has scored a second place in today’s fourth-round World Supersport championship race at Imola in Italy. His Pata Honda team-mate, Lorenzo Zanetti, won, his debut victory in the series and the home race for both him and title sponsor Pata. Zanetti brought his Honda CBR600RR home two seconds ahead of van der Mark, who was forced to fight his way to the front after starting the race from sixth place on the grid. Van der Mark now leads the World Supersport championship on the same points total as Florian Marino, who finished third today. Zanetti is placed third in the series, which now heads to the UK for round five in two weeks’ time.

Michael van der Mark: “Today was really good. We tried some things in warm-up this morning and were immediately faster than we’ve been all weekend so I was really looking forward to the race. The start was OK but I was a bit too fast with the clutch and I lost some places. In the first few laps it was difficult to pass the other riders and I made some mistakes. Also, the wind was quite strong and I had to change the braking points a little. When I got up into third place I was quite fast and matching the times of Kenan and Lorenzo. Unfortunately Kenan had to retire and Lorenzo won the race, but to finish together with my team-mate at Pata’s home race is just an incredible job.”

Pieter Breddels (technical co-ordinator): After a really good warm-up, when we found something for Michael, we were confident going into the race. He had to come from sixth place with some small mistakes and, in the end, he was second to his team-mate and he’s now leading the championship. It’s really been a day to remember for the Supersport team!”