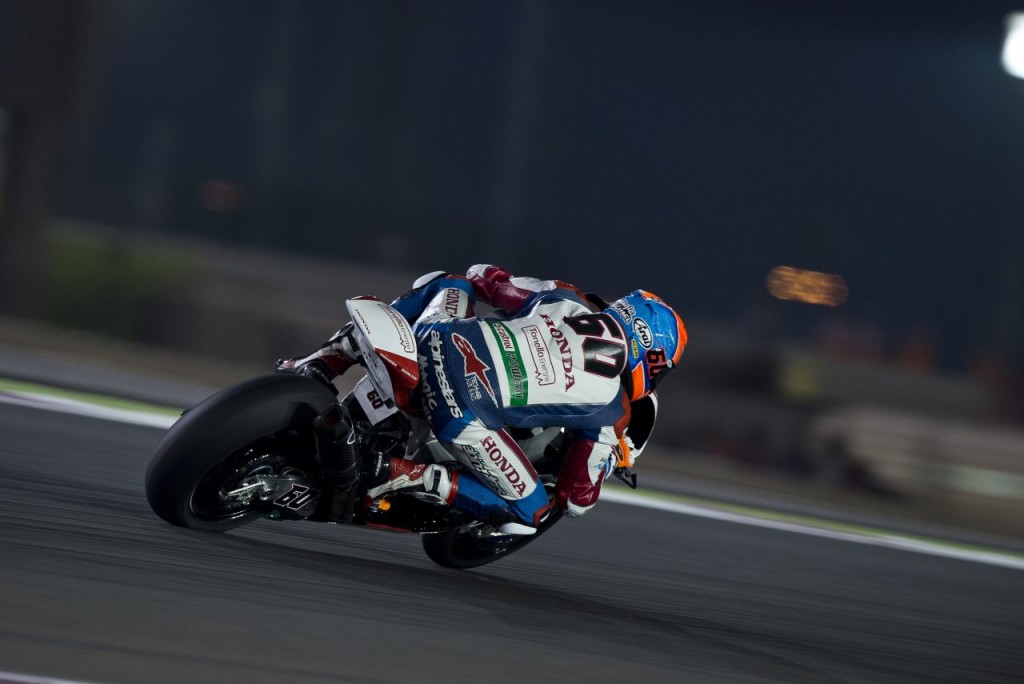 MIXED FEELINGS FOR VAN DER MARK AFTER DAY ONE IN QATAR

The opening day of action at the final round of the 2016 FIM Superbike World Championship drew to an end with Michael van der Mark in twelfth place after an early FP2 crash halted his progress, so today the young Dutchman will try to earn a spot in Superpole 2 during the first session. After getting off to a good start in the evening with third place in FP1, Van der Mark crashed unhurt at turn two in the early stages of the second session. Due to the considerable damage suffered by his Fireblade machine in the process, the 24 year-old from Rotterdam in the Netherlands was unable to return to the track. As the chequered flag was deployed, he found himself in twelfth place – although still within 0.150s of a top-10 finish.

Michael van der Mark (12th / 1’58.673): “The track conditions improved quite quickly this evening but at the beginning I wasn’t feeling good with the front of the bike. We made some changes during the session and I started to feel better and better; the final lap didn’t feel too fast to me but in the end it was a really good one. Later in the evening we made some more changes to the front and I was feeling OK on the bike. Then, unfortunately the crash happened and that was basically it. Shame, because we were building some momentum and I feel I could have done really well. Tomorrow won’t be easy because we will start from Superpole 1, but we will do our best.”