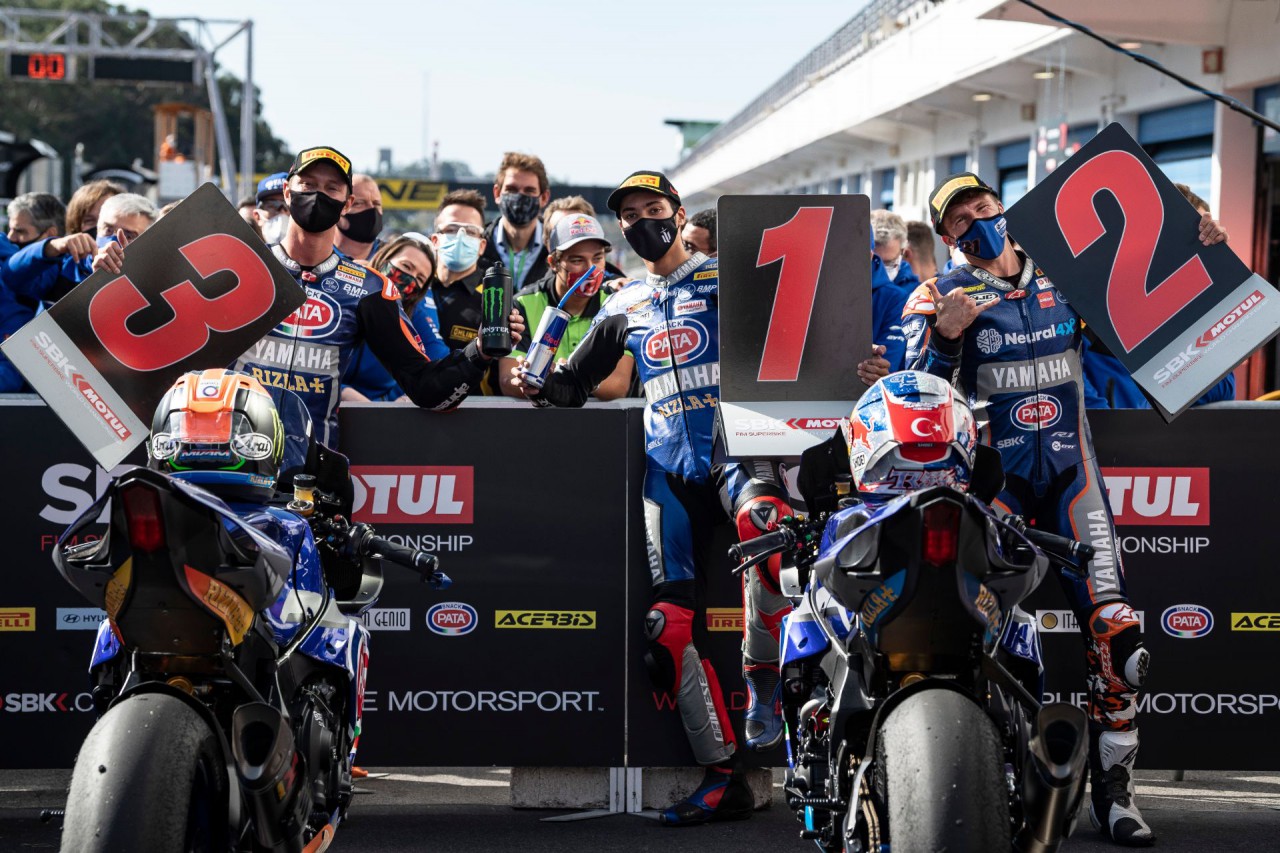 Signing off his four-year tenure with Pata Yamaha, Van der Mark joined Razgatlıoğlu on the podium this morning after one of the stand-out race fights of the year against Ducati rider Chaz Davies. He rode to a fine fourth place in Race 2 to round off his Yamaha career in a positive way.

Michael van der Mark – SPRC: P3 / R2: P4: “It was a really good morning, in the Superpole Race I had a great battle with Chaz and finished third. Really happy with that, the bike felt amazing and I was ready for Race 2, but from the first lap I started to struggle with rear grip and I just couldn’t keep up with the guys in front of me, which was frustrating. Halfway through the race it started to feel better but then I started to struggle with the front. “

“I wanted more in this last race, but in the end to finish fourth isn’t that bad and I think in general we had a good end to the season. You know, we always want more but it has been four fantastic years with this team and with Yamaha and I am really proud of all we have achieved. I want to thank everyone I have worked with over this time for all their efforts, because the progress we have made together has created some impressive results. I am thankful to everyone and will miss them.”