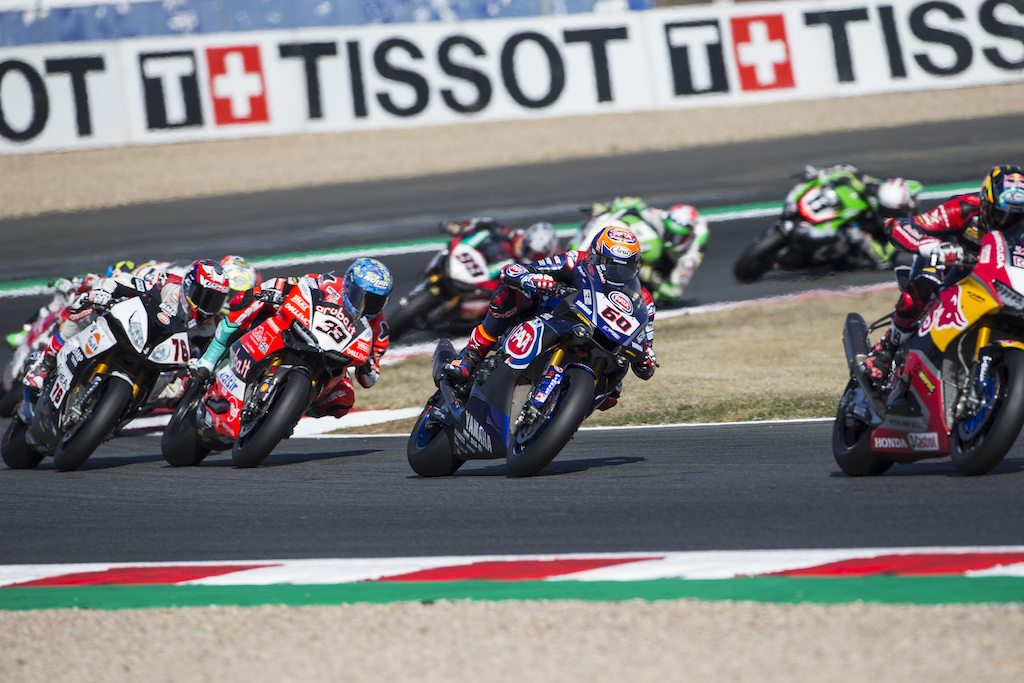 Michael van der Mark was unable to match the qualifying pace of his Pata Yamaha teammate and started today’s 21-lap race from tenth position on the fourth row.

A lack of rear grip from the start of the race meant that van der Mark was unable to maintain contact with the leading group, becoming embroiled instead in a frenetic battle for sixth with Toprak Razgatlioglu, Marco Melandri and Loris Baz. The Pata Yamaha rider eventually forced his way to the front of the group and had managed to pull a small gap on his pursuers by mid race distance. However, a missed gear in the closing stages allowed Melandri back through and van der Mark was forced to settle for seventh at the finish.

Michael van der Mark:”It was a really difficult race here in Magny-Cours today. This morning we tried a few things on the bike that didn’t work as expected, so we switched back to the set up from yesterday for qualifying. My Superpole lap felt quite good but the lap time just wasn’t there and that meant I started the race today from the fourth row of the grid, which isn’t ideal. From the start I was struggling for rear grip and that made for a long and tough race. Now we need to sit down with the guys, carefully analyse the data and find a solution, even if that means making big changes to the bike ahead of warm up tomorrow. I hope we can make a step overnight and that this will allow us to fight once again for the podium in Race 2.”