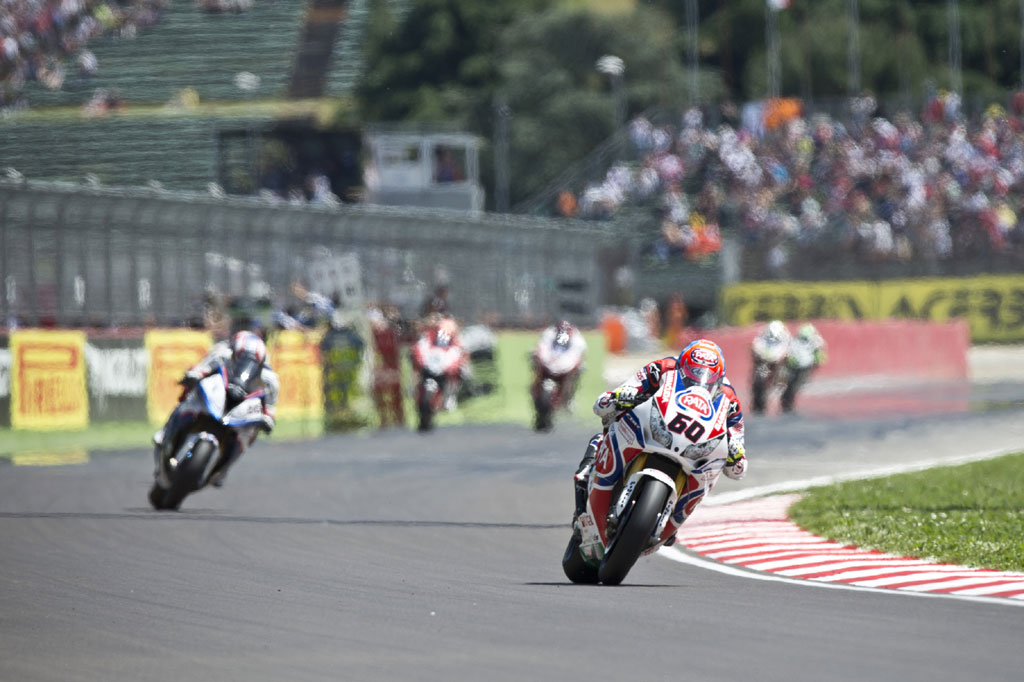 Pata Honda rider Michael van der Mark had a dramatic day during round five of the 2015 World Superbike championship today at Imola in Italy. De Dutchmen fought his way back to ninth place in race one – which matched his grid position – after a difficult start had left the 22-year-old Dutch rider languishing in 17th place. The first race was stopped following a crash on lap 11 and was restarted with a sprint race over only six laps. A better start in the incident-packed second outing allowed Van der Mark to battle for sixth place with the factory machines of Jordi Torres and Leon Haslam but a coming together with Halsam on lap eight forced van der Mark off the track, resulting in a crash which also put him out of the race.

Michael van der Mark (9th and DNF): “It’s been quite a difficult weekend throughout all the sessions but we improved in each session from Saturday morning. In race one I had a problem with the launch control system so that’s why I lost so many places at the start. In the end I rode step-by-step and made up around ten places and, although the pace wasn’t great, it was an improvement again. Then we had the six lap sprint after the red flag when I tried another tyre but I didn’t get any grip, which was quite disappointing. The start of race two was not too bad and I was able to make up some places in the first corner. I moved forward and passed Leon [Haslam] and had a nice fight with Torres. Leon wanted to pass but he hit me and I crashed. I was really disappointed with that because if you look at the end Torres got to the podium and, f or sure, a fourth or even a third place might have been possible.”