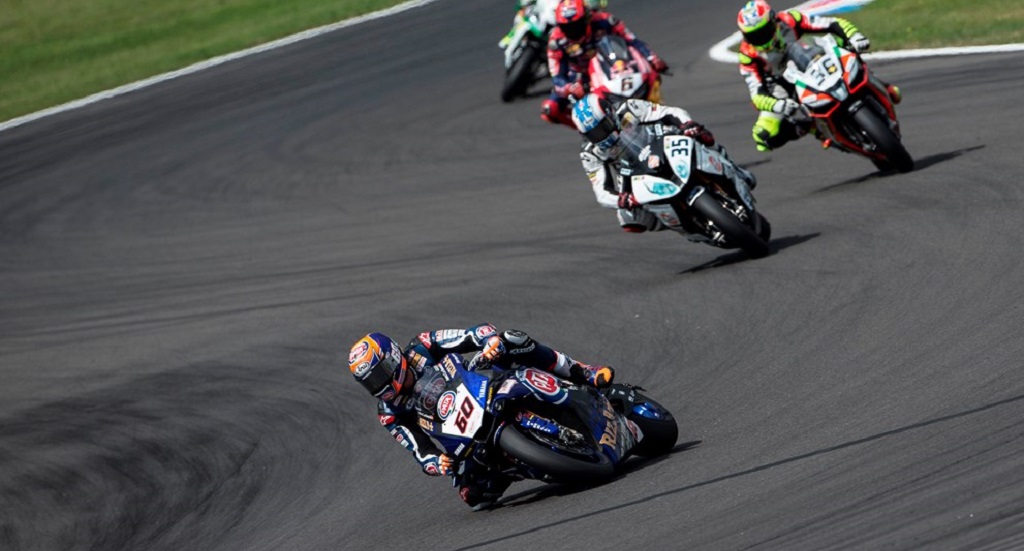 Pata Yamaha Official WorldSBK Team’s Michael van der Mark struggled early with the feeling on his R1 in today’s Race 2 at the Lausitzring but recovered well to cross the line in 11th. Michael started from 12th on the grid but the 24-year-old Dutch rider did not have the best of starts and found himself in 14th place after the first few corners. Struggling to turn his R1 while on the throttle meant that it was hard for van der Mark to pass the riders ahead of him and he lost precious time, but undeterred, he remained focused and step by step started to make progress.

On lap 11 he had made his way up to 11th, but by this time there was a large gap to the rider in tenth and he faced a tough task to close him down. Digging deep, van der Mark managed to up his pace in the latter stages of the race while his competitors were slowing down. He put in a gargantuan effort to close down Xavi Forés in tenth, his pace half a second quicker than the riders in front of him during the last few laps, but try as he might it was a bridge too far and he crossed the line for a hard-fought 11th place, collecting 5 championship points in the process.

Van der Mark occupies seventh with 135 points in the standings.

Michael van der Mark – 11th +24.885s: “It was a difficult race for me. In the beginning, I struggled to pass some riders and I lost quite a bit of time. I struggled with turning the bike while I was on the throttle and it was difficult to find a way to ride around this problem. To be honest, my race was quite consistent but I was not fast enough. I need to find a way to get the bike turning again because usually, this is one of the strong points of the bike. We have to work really hard and hopefully, in Portimao we can have some better results, as this weekend was not the outcome we are aiming for.”