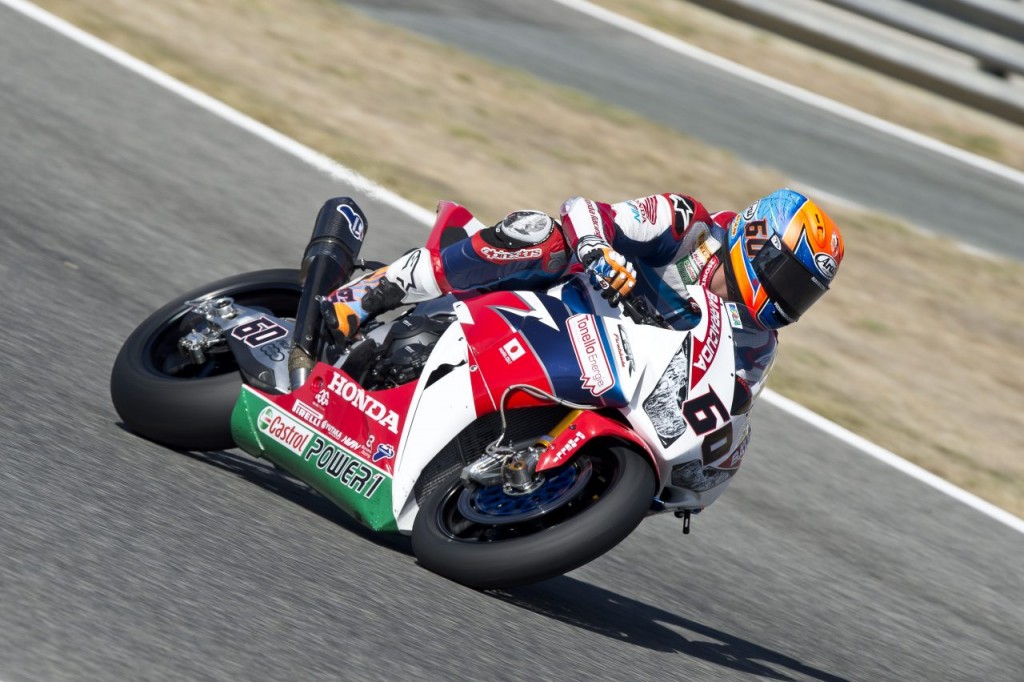 GOOD START TO SPANISH ROUND FOR VAN DER MARK

The opening day of action for the Spanish Round of the 2016 FIM Superbike World Championship has been a positive one for the Honda WorldSBK Team and Michael van der Mark. In the combined times of today’s two free practice sessions at Jerez, Van der Mark ended in fourth place. Despite the overnight rain, good weather conditions and mild temperatures helped the World Superbike riders to make the most of the two hours of track action available to them. Van der Mark got up to speed straight away on board his Honda CBR1000RR Fireblade SP machine and was sixth at the end of FP1.

As free practice 2 got underway, Van der Mark made good use of a new set of Pirelli tyres and, on his first flying lap, he set his fastest time of the day in 1’41.859. The 23-year-old Dutchman kept himself in third place for the majority of the session, before being demoted to fourth moments before the chequered flag was deployed.

Michael van der Mark (4th / 1’41.859): “I’m quite happy with how today went. We had a decent start in the first session and we were able to improve our lap-time. We made some changes for FP2 and, as soon as I went out on track, I was immediately a lot faster. We wanted to improve some more but unfortunately we were unable to find that last tenth of a second that would have moved us further up in the timesheets. The grip seems to get worse after a couple of laps and that’s definitely something we have to work on. We’re not too far off, but we need to work on that last bit of speed we need.”