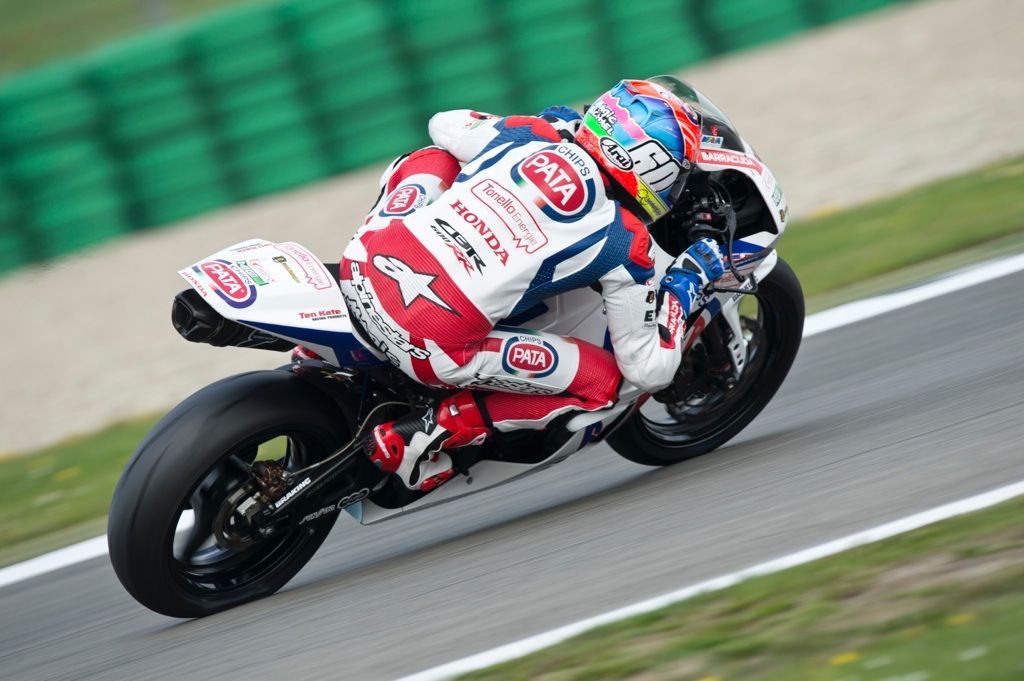 Pata Honda rider Michael van der Mark will start tomorrow’s third round World Supersport championship race from the front row of the grid after setting the third fastest time in this afternoon’s qualifying session at Assen in the Netherlands. The 21-year-old Dutch rider has been in impressive form all weekend and put a number of consistent mid-1m38s laps during the 45-minute session, his best being 1m38.228s, just one tenth off pole position man Florian Marino and 0.003s behind second-placed Kenan Sofuoglu.

I’m really happy because we’ve been fast all weekend. I improved on my fastest lap here and then I was able to show that we had a really good pace. In the past, my single lap in qualifying wasn’t always very good but I pushed really hard today because I had the feeling that I could go for pole position, which would have been amazing at my home race. Unfortunately, on my fastest lap, I was badly held up by another rider. I took a slow lap to re-set and on my last lap I was almost crashing everywhere – it was really fast but I had to slow again a little bit in the final sector. We have a really good race pace and I’m hoping for a dry race tomorrow.

Michael has been strong in all sessions, including qualifying, and just missed pole by a tenth. He’s third on the grid but his race pace is really fast so, if it’s dry tomorrow, it’s looking really good.