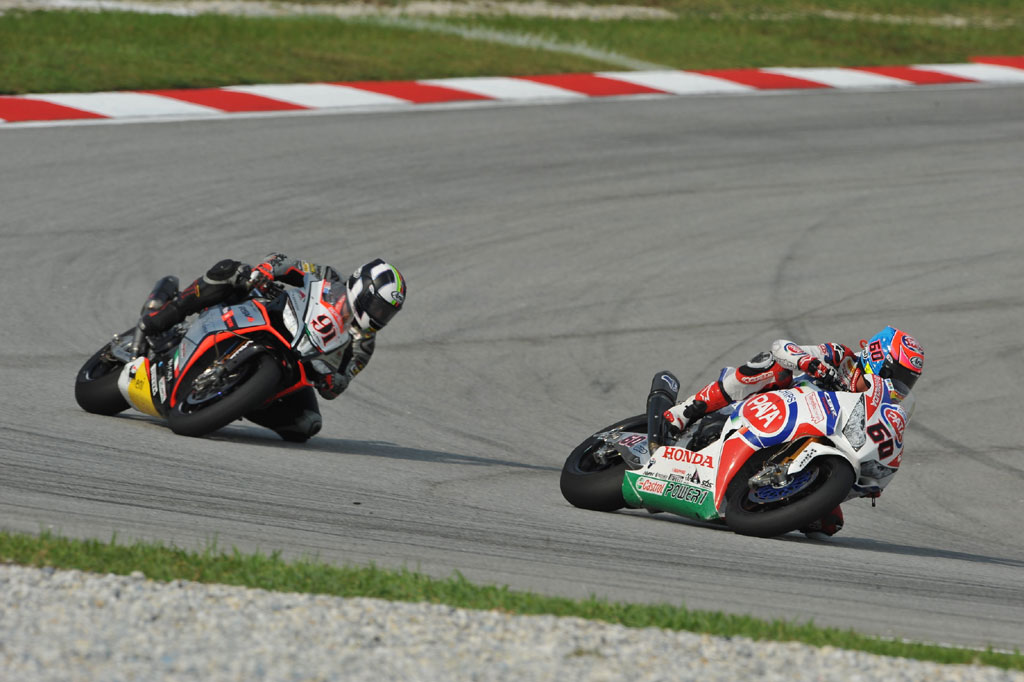 Honda’s Michael van der Mark finished fifth in the second tenth round World Superbike championship race at a hot and steamy Sepang International Circuit near Kuala Lumpur in Malaysia today. The Dutch rider got a superb start to race two and was able to avoid a crash that took out wildcard Max Biaggi. Van der Mark had suffered an electrical problem that had forced his retirement from race one but Pata Honda rider was happy enough to battle back to a top five finish to take into the summer break, following which the series will reconvene at Jerez in Spain on 18-20 September.

Michael van der Mark – DNF & 5th: „We must be happy with fifth place in race two but I’m not so happy with the DNF in the first race and with the way that some of our race days have gone this season. I got a great start in race two and had a good battle with Sylvain and I was able to pass Leon Haslam on the last lap. I think I would have been able to battle for fourth or fifth also in race one but it was not to be.”