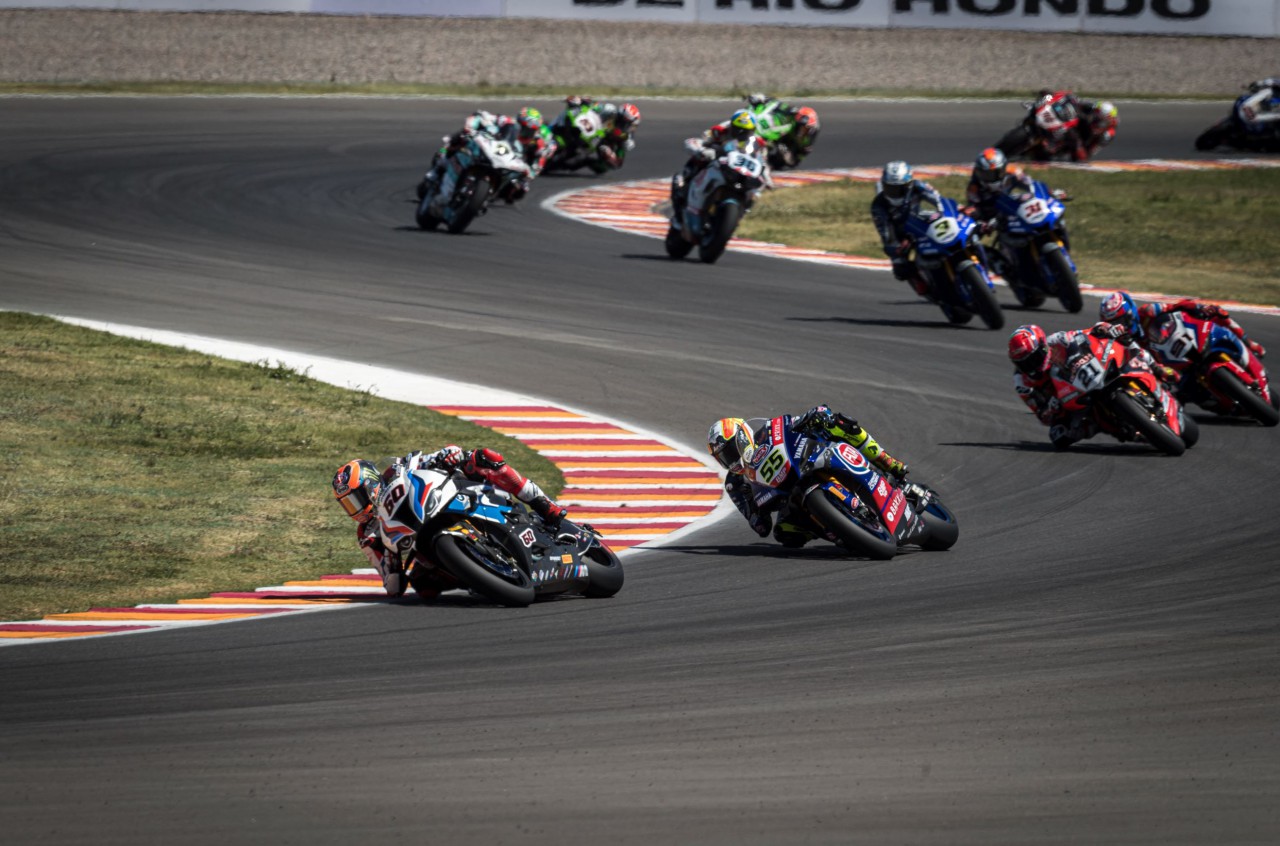 Having already claimed sixth spot in Saturday’s race at San Juan (ARG), Michael van der Mark (NED) reached the top six again in both races on Sunday. The BMW Motorrad WorldSBK Team rider secured fifth place in the morning’s Superpole race and then crossed the line in sixth once again in the main race on his BMW M 1000 RR.

Van der Mark began Sunday morning’s Superpole race from sixth place. He fell back a little during the opening laps and was eighth on lap three, wedged into a tight group. Van der Mark prevailed over his rivals in the second half of the race, working his way up to fifth and that was the position in which he crossed the line after ten laps.

In the second main race, van der Mark made a good start and battled away in fifth place in the leading group. He was applying pressure on the riders ahead as he aimed for fourth place. however he lost a place towards the halfway point of the race and fell back to sixth. Nonetheless, van der Mark remained in touch but the gap to the top five stretched out a little on the closing laps. He was never in danger of losing sixth position before crossing the line after completing 21 laps.

The season finale for the WorldSBK 2021 will take place from 19th to 21st November at the new Mandalika circuit in Indonesia.

Michael: “It has been a good Sunday. This morning in warm-up, we tried something different with the bike but in the end we weren’t really sure so we went back to yesterday’s set-up. In the Superpole race, I had a good race, I had fun and enjoyed it a lot. I had some good battles and was pretty fast, faster than yesterday. It was nice to start from fifth on the grid for race two. I had an okay start and was in the group fighting for the podium. To be honest, in the beginning I was struggling a bit with the full fuel tank. Towards the end of the race I was alone but I was riding a good pace and it was nice to see what we can do. I think that it has been an overall good weekend. We take some good points home and it was nice to be able to fight with the guys for the podium today in race two but for sure we need to be a little bit faster.”