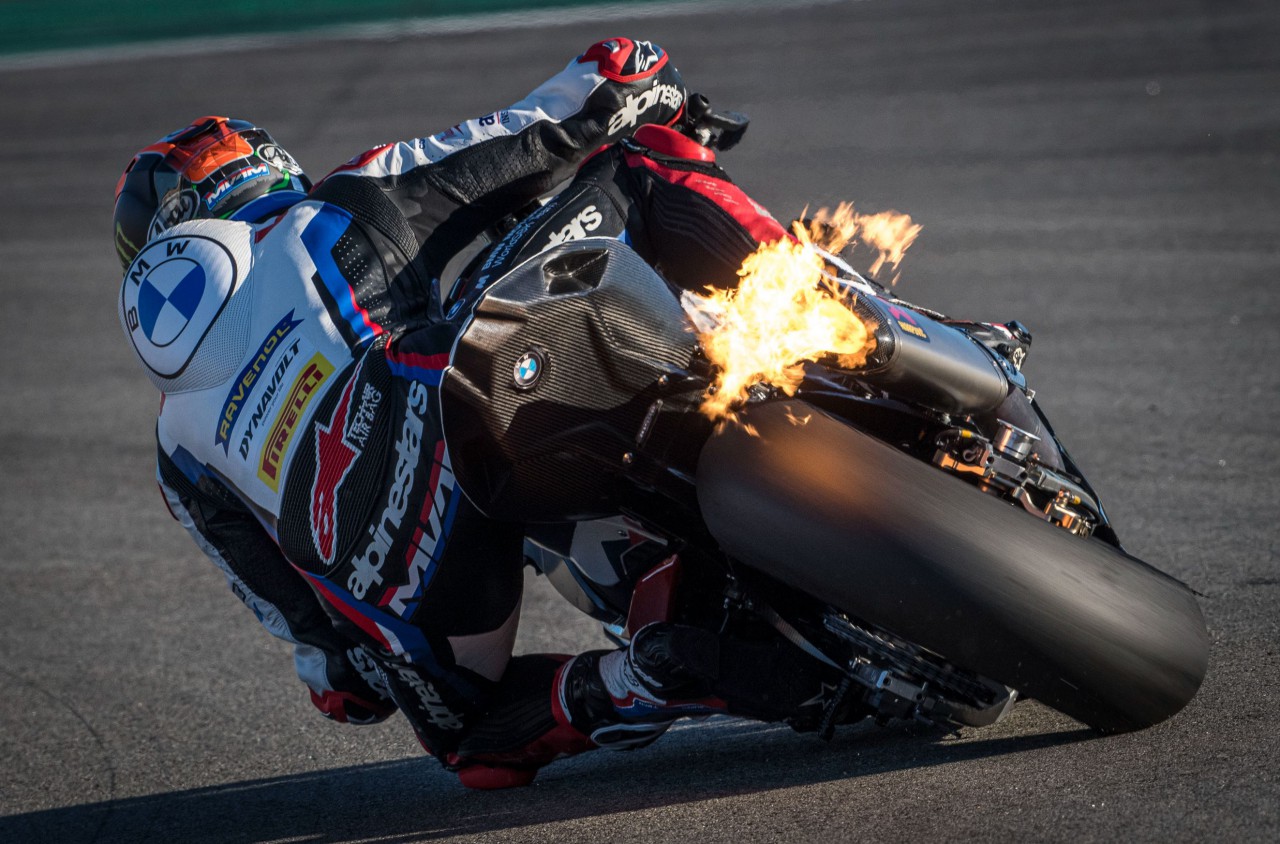 For the BMW Motorrad WorldSBK Team, Sunday’s action in the FIM Superbike World Championship (WorldSBK) in Barcelona (ESP) was overshadowed by a heavy crash involving Tom Sykes (GBR) in race two. The British rider was taken to hospital for further checks as a precaution after initial examinations at the Medical Centre revealed that he had suffered a concussion. His team-mate from the BMW Motorrad WorldSBK Team, Michael van der Mark (NED), completed the second race in ninth position.

The BMW Motorrad WorldSBK Team had already endured some poor luck in the morning’s Superpole race. Van der Mark fell on the first lap, sending Sykes into the gravel trap. Both riders headed for the pits. After three laps, the race was suspended after another accident. However, according to the regulations, neither BMW Motorrad WorldSBK Team rider was allowed to compete in the restart.

At the beginning of the second race, Sykes fell and was then hit by another rider. Sykes was taken to the circuit’s medical centre, where initial diagnoses revealed a concussion. Further precautionary investigations have since taken place in a Barcelona hospital. The accident led to the suspension of the race, which restarted after a delay. Van der Mark crossed the line in ninth place. The WorldSBK now travels to Jerez de le Frontera in southern Spain, where the tenth round of the season will take place next weekend.

Michael: “This morning in the Superpole race I made a mistake. I tried to overtake Tom, but I was too fast and crashed and pushed Tom into the gravel. It was a stupid mistake, so I am really sorry to the team. In race two, I got a reasonable start, but unfortunately the red flag was brought out because of Tom’s crash, from which I hope he is OK. At the restart I struggled with the bike; we didn’t have any stopping performance nor the grip I was aiming for, so it was a long and difficult race. We have to find out the reason why this is happening when the track conditions change. In the end we scored some points and next week we have another chance.”