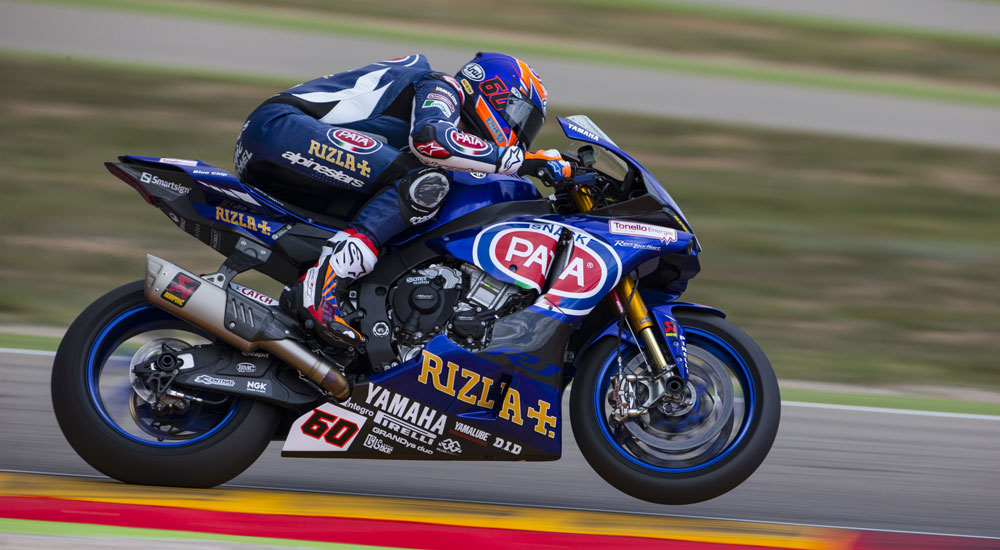 The Pata Yamaha Official WorldSBK Team were back on track today for round three of the 2017 FIM Motul Superbike World Championship at the Motorland Aragon circuit in Spain. Enjoying his first championship practice sessions on European soil of the 2017 season, Michael van der Mark was straight down to business, taking eighth in the combined times.

Van der Mark making consistent progress and delivering a comfortable pace from the off in the first free practice. The young Dutchman was able to wrap up his first European practice session as an official Yamaha rider with a promising pace, slotting into sixth with a 1’50.956s lap, 0.386 from the top. The afternoon saw him facing a challenge with rising temperatures taking their toll. A long run and various set up changes were tested before the weather turned, leaving him at the end of the session happy to sit in eighth overall on combined times and ready to look for another step tomorrow morning.

Michael van der Mark – 8th, 1’50.956: “I think this morning we started really strongly and did good lap times – we tried quite a few things in the first session that felt really good. I feel I made some good lap times at the end and I felt good with the bike. We ended the morning in sixth, and that is the closest I think we’ve been to the front this season in practice, so that is really positive. For the afternoon we struggled a little more as the temperature of the track went up. I made a kind of 10-lap race simulation to see how it felt. We need to try to find a couple of tenths per lap when the temperature is higher so that’s one of our challenges. For tomorrow we have to try a few more settings to improve under braking but overall I’m happy and we were consistent. We need to go a bit faster but it’s a positive start to the weekend.”