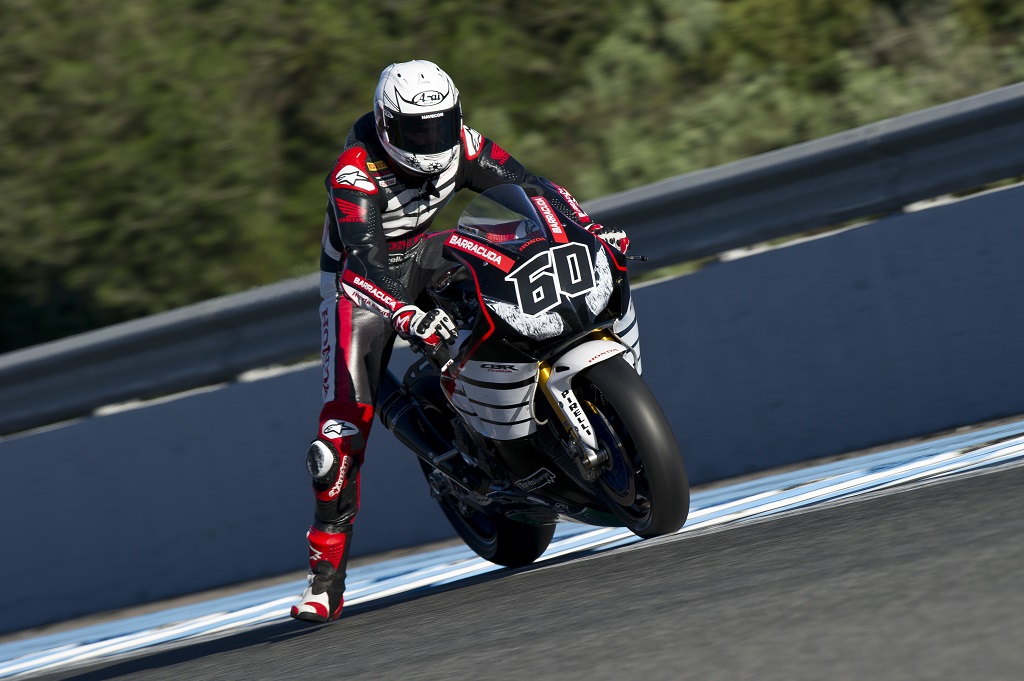 The last pre-season private test has come to an end for the Honda World Superbike Team, who now head confidently towards the start of the 2016 FIM Superbike World Championship campaign. At Jerez de la Frontera, both Nicky Hayden and Michael van der Mark worked hard to continue with the development of the Honda CBR1000RR Fireblade SP, which has received several updates – including important engine upgrades.

After missing one day of testing last November due to a tenosynovitis in his right wrist, Van der Mark returned to Jerez in full fitness, following the minor surgery he underwent several weeks ago. The 2014 World Supersport Champion and the team tested different front geometries on Tuesday, while today they turned their attention to the rear of the bike. The 23-year-old Dutchman amassed a total of 156 laps and showed great speed on qualifying rubber, clocking in 1’40.601 around the 4.423 Km (2.748 mile) Andalusian circuit.

The track-time available to all teams was reduced by the foggy conditions encountered in the morning of both days, while damp patches on the track further delayed the start of on-track activities.

The team now return to their headquarters in the Netherlands to analyse data gathered at Jerez and finalise preparations for the journey to Phillip Island, Australia, the venue hosting both the official two-day test (22-23 February) and the opening round of the 2016 FIM Superbike World Championship (26-28 February).

Michael van der Mark: “Today we started quite late because of the fog, but once we got on track we began trying many things, working mainly on the bike geometries. We had some difficulties in choosing the right tyre for these temperatures, but eventually we found the good one. From then we tried a couple of things on another swingarm plus some more adjustments, and every change resulted in more little steps forward. At the end, the bike was feeling very good at the rear, and we found some more grip, which is what we were looking for. I was able to drop half a second with race tyres but I feel we could have done a little better with the qualifier, as I made some small mistakes. Overall I am very happy with how things went today.”