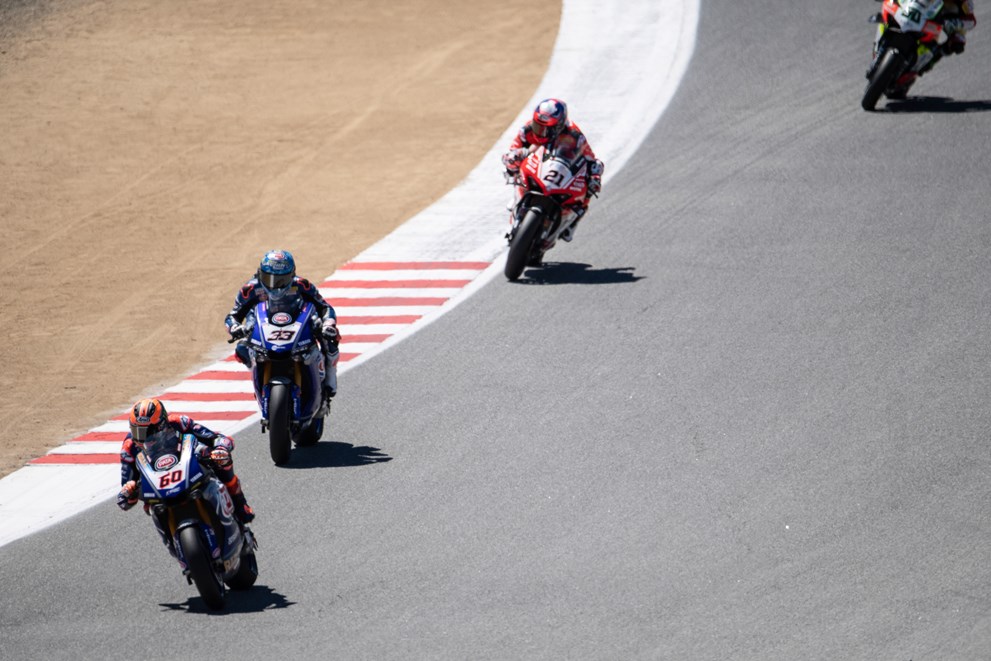 After a crash in qualifying left him 15th on the grid at Laguna Seca, Michael van der Mark went into the Superpole race determined to finish inside the top nine and secure a starting position on the front three rows of the grid for Race 2. Unfortunately, the Pata Yamaha rider missed out by just one place, finishing the shortened race in tenth position. A lightning start from the fifth row of the grid saw van der Mark cross the line at the end of the opening lap in ninth place and targeting the group ahead of him battling for fifth. The Pata Yamaha rider’s challenge came to a premature end, however, when a technical problem forced his retirement from the race on lap four.

Michael van der Mark – Pata Yamaha WorldSBK – DNF – Championship Position P4 – 215 Points: “We made some changes for the Superpole race that didn’t quite work as we were expecting, which meant I missed out on the top nine by just one place and had to start Race 2 from the fifth row of the grid. I had a really good start, made some early passes and was up to ninth at the end of the first lap. I felt so much better with the bike, a lot more confident and I could see the group ahead weren’t pulling away from me like they did yesterday.”

“Once I managed to get past Loris Baz, I was feeling pretty comfortable and confident of gaining more places, but then we had a technical problem with the bike and I had to retire. It’s a big shame, because I was feeling better on my R1 than I had all weekend and we lost quite a lot of points. Anyway, we have a fairly long break now, of course including the 8hr race which is always a big challenge, and I’m sure we’ll be back really strong in Portimão – I love the track and I want to be fighting again to win.”