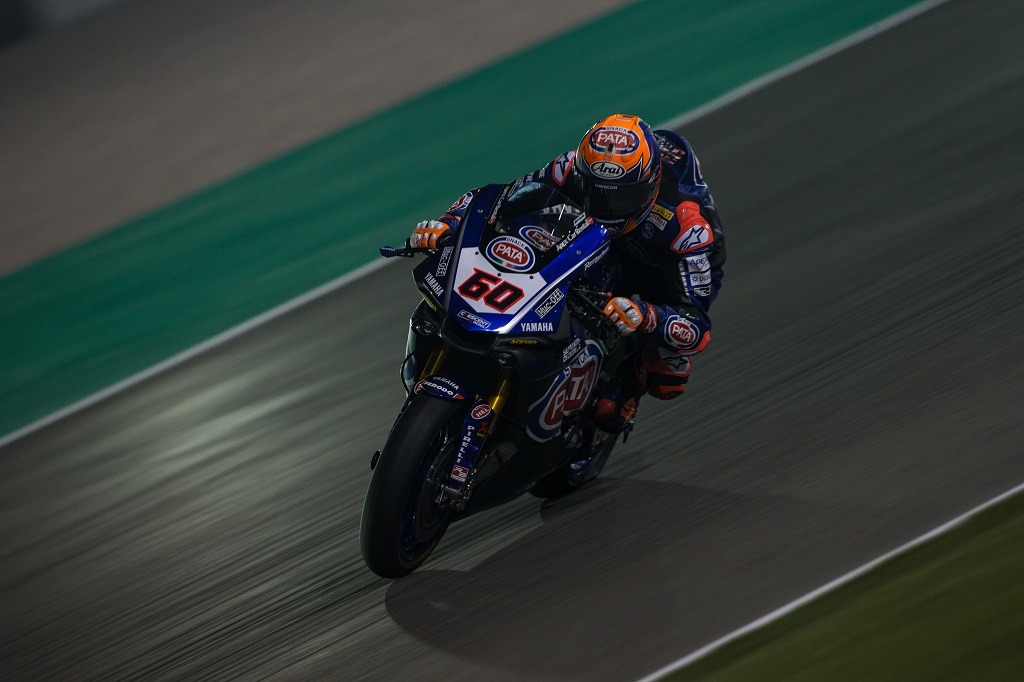 Pata Yamaha Official WorldSBK Team rider Michael van der Mark secured automatic entry into tomorrow’s Superpole 2 by finishing eighth today at the Losail International Circuit, despite having sat out most of the opening free practice session following a crash that he was lucky to walk away from uninjured.

The first free practice session got underway as the sun set behind the main grandstand, with the riders heading out onto a track that was dusty and slippery through lack of use. Van der Mark lost the rear and highsided on the entry to turn one on only his second timed lap. The 25-year-old was lucky to walk away with minor bruising to his wrist and knee, but the bike was too badly damaged to allow him to return to the track before the session came to an end.

Having struggled to find a good feeling with his R1 in FP2 van der Mark and his crew made significant set-up changes for the third and final practice session, with positive results. The Pata Yamaha was immediately able to improve his lap time, eventually finishing in eighth position despite losing time to a mistake on his fastest lap.

Michael van der Mark – P8 – 1:57.980: “The first session started well; I felt good on the bike straight away, but then I lost the rear going into turn one and had such a massive highside that left me a bit battered and bruised but, thankfully, with no injuries. So that was it for that session, as the bike was quite badly damaged. My crew did an amazing job to get it repaired ready for FP2, so big thanks to them. We were playing catch up from the second session onwards because we lost so much time but, step-by-step, we were able to improve and, physically, I had no problem on the bike. We made quite big changes to the suspension set up at the front and rear for FP3, which brought an improvement and my lap time was quite good, despite a big mistake on my fastest lap. I’m happy to have made it straight into Superpole 2 tomorrow after losing so much track time today.”