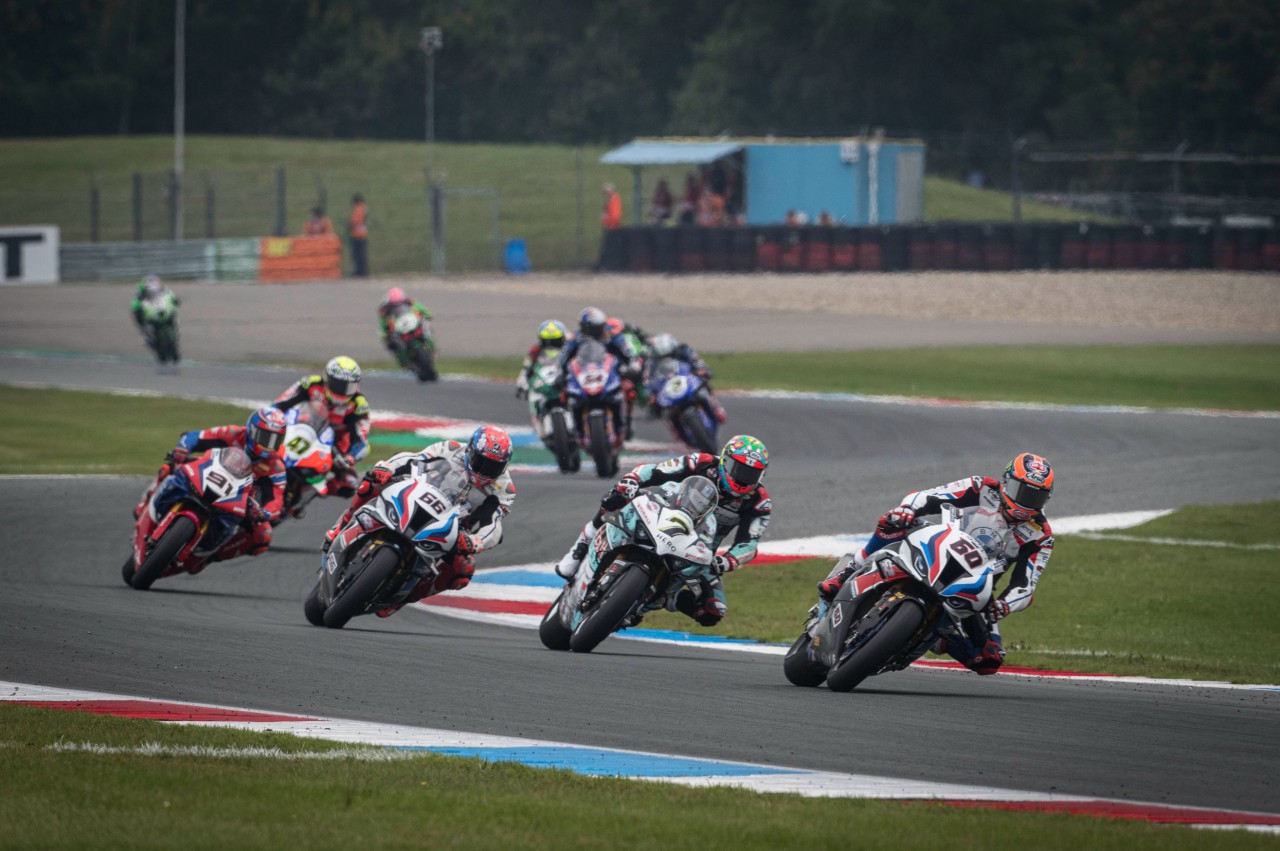 The two riders from the BMW Motorrad WorldSBK Team showed fighting spirit to deliver convincing performances once again in Sunday’s race in the FIM Superbike World Championship at Assen (NED).

After some heavy rainfall, there was still water on and around the circuit in the morning, causing the warm-up session to be postponed by 50 minutes. The start of the morning’s Superpole race was then also pushed back by ten minutes. The track was then dry, but conditions still proved to be treacherous in places. Van der Mark made a good start from ninth only to take a fall a short time later. This put him eleventh on the grid for race two.

At the start of the second race, two riders collided at the front in turn one – while van der Mark was able to leap forward six places to move into fifth. Sykes claimed seventh position on lap one, but then fell back a little. Van der Mark also lost some time. During the second half of the race, van der Mark and Sykes were then involved in a duel lying in eighth and ninth places, all while closing in on the top six. Events took a dramatic turn coming into the final lap; van der Mark was able to overtake two rivals and secure sixth place, while Sykes took a tumble. He was able to rejoin the race and finished 15th to score a point.

The BMW Motorrad WorldSBK Team can now look forward to a first in two weeks’ time; Most, in the Czech Republic, will host the WorldSBK for the first time when the sixth event of the season takes place there from 6th to 8th August.

Michael: “This morning’s crash was a stupid mistake by myself. I really wanted to go for it, and on the fastest corners of the track I tried to go even faster which was a silly mistake on my behalf. In race two, I had an okay start. I had a bit of luck at T1 starting in P11 and by the end of lap one I was in fifth but I didn’t have the pace or the grip I was hoping for. I was struggling to keep the bike on track and I just didn’t have any more to give so it was quite tough. But at the end of the race I found a little extra pace and managed to catch and pass Michael Ruben Rinaldi and Alex Lowes so P6 wasn’t too bad in the end. But I really wanted more.”