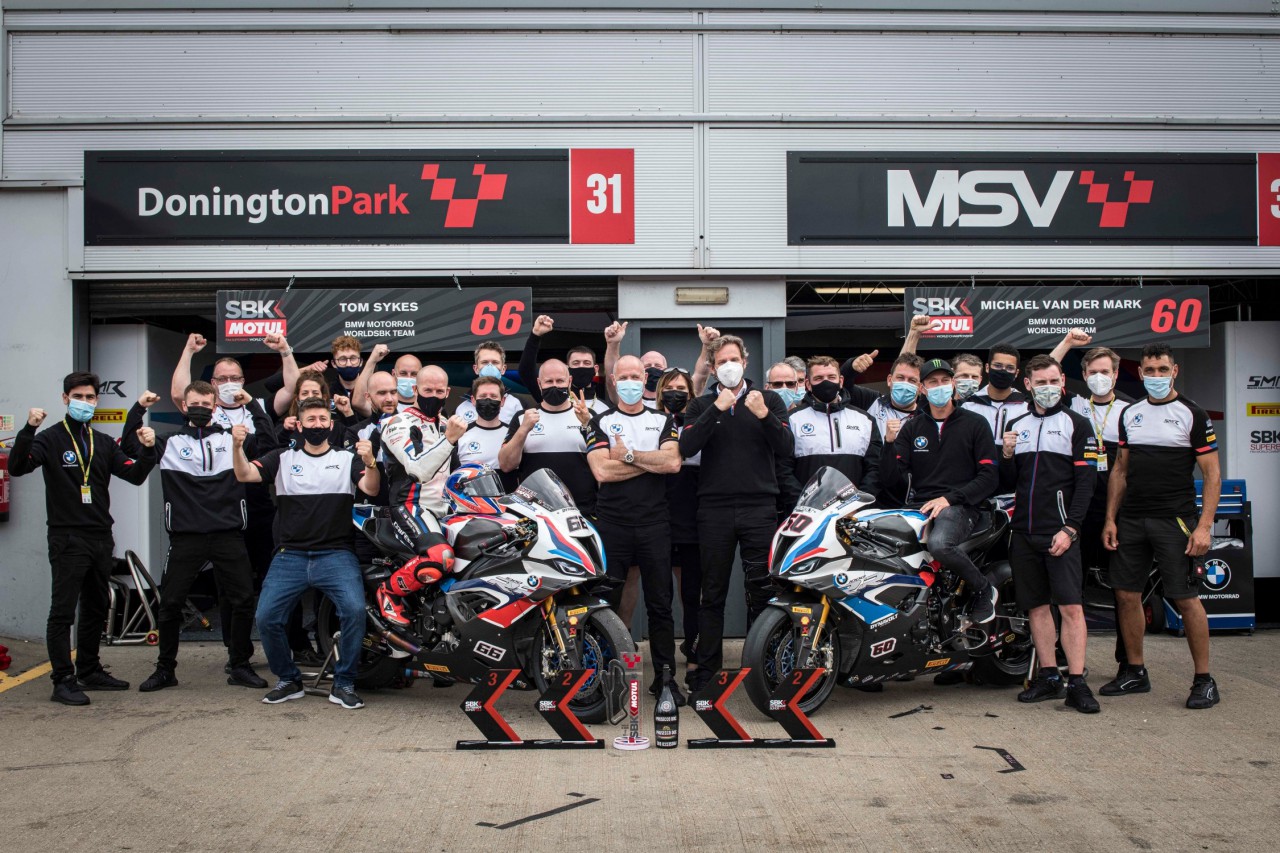 A good Saturday was followed by a great Sunday at Donington Park (GBR). BMW Motorrad Motorsport and the BMW Motorrad WorldSBK Team celebrated the first three podiums in the FIM Superbike World Championship for the new BMW M 1000 RR. In the morning’s Superpole race, Tom Sykes (GBR) and Michael van der Mark (NED) finished second and third to record a double podium, while Sykes finished third in the afternoon’s second main race to reach the rostrum once again. Van der Mark crossed the finish line in a good fifth place.

The BMW Motorrad WorldSBK Team had laid the foundations for Sunday’s success in Superpole qualifying on Saturday, as van der Mark and Sykes began the Superpole race in the morning from second and third places on the grid. Rain showers made a brief appearance before the sprint race but the circuit dried out quickly. In common with much of the field, both BMW Motorrad WorldSBK Team riders went with intermediate tyres. They both initially dropped back by one place on the first lap but regained those positions on lap two and did not surrender them thereafter. After ten laps, Sykes finished second and van der Mark third to secure not just the first WorldSBK podium for the new M RR, but a double podium finish.

As the Superpole race decided the grid for race two that afternoon, they had a great start position with both riders back on the front row again, Sykes in second and van der Mark in third. Van der Mark lost ground at the start but moved back into fifth place on lap 16 to secure another top five finish.

“We had a really good Sunday. It was nice this morning in the Superpole race. The track was a little bit tricky so early everyone went on intermediates and it was the right choice. I really enjoyed it. It was good to finish on the podium together with Tom. Then in race two I had quite a good feeling but I just struggled too much in changing directions; I lost a lot of time there compared to the other guys. But in the end, we finished fifth so we have a lot of valuable points and it was nice to have Tom on the podium again.”