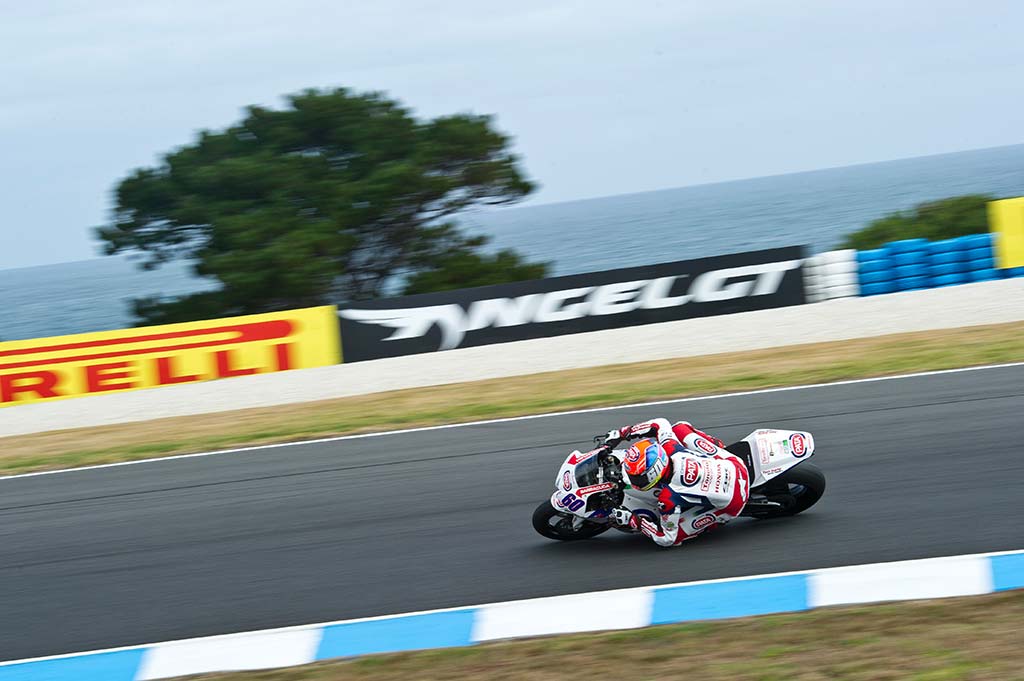 Michael van der Mark set the second-fastest time in this afternoon’s qualifying session for tomorrow’s opening round of the 2014 World Supersport championship at Phillip Island in Australia. The 21-year-old Dutch rider’s time was just two tenths of a second from that of world champion Kenan Sofuoglu, who will start tomorrow’s 18-lap opening race at the 4.445km Phillip Island circuit from pole position.

Michael van der Mark (2nd, 1m33.021s): “This morning I did a race simulation and the bike felt really good and we were happy with the times. This afternoon I only had to focus on the lap time and we had some of the tyres that I like around here. I went out on an old set and did quite a good time, and when we threw in a new set I was able to improve the time from this morning. We had a red flag and then I had another tyre and I think that if we could put all the good sectors together I would be a little bit faster but I’m happy with second place and the front row. The race pace is good and I have a lot of confidence.”

Pieter Breddels (technical co-ordinator): “Michael was second today and tried hard to overhaul Kenan Sofuoglu on pole position but didn’t quite succeed in the end. But we’re very happy with second place and he should be in the fight for the podium tomorrow. Michael has been on fire here and we’re excited to see what he can do in the race.”