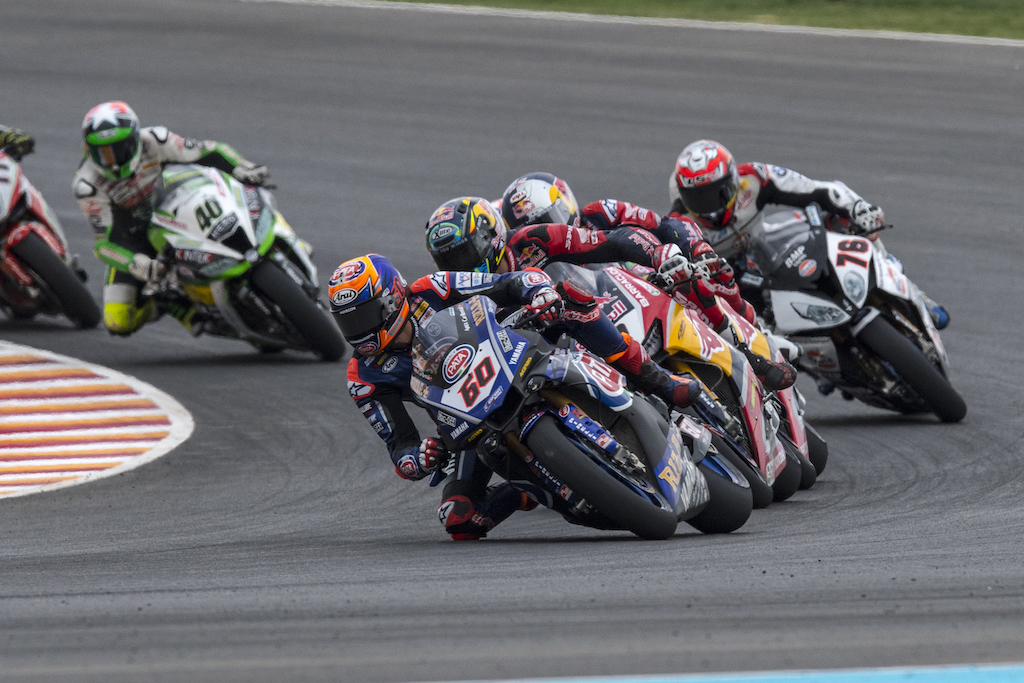 The first ever FIM World Superbike race in Argentina proved a challenging one for Michael van der Mark Saturday. The Pata Yamaha Official WorldSBK Team rider managed to fight his way up to eighth place, having started from the fourth row of the grid, crossing the finish line just behind his teammate.

Michael van der Mark started Saturday’s 21-lap race at Circuito San Juan Villicum from 11th position on the grid, after a difficult qualifying path through both of the earlier Superpole sessions. Two small mistakes meant that the 25-year-old didn’t manage to make up as many places as expected in the early stages of the race but, once he had a clear track in front of him, van der Mark’s pace was similar to that of the frontrunners.

It was a lonely second half of the race for the Dutchman, who eventually followed his Pata Yamaha teammate across the line to finish eighth and pick up vital championship points. Van der Mark remains third in the championship but has now reduced the deficit to second-placed Chaz Davies from 26 to just 18 points.

Michael van der Mark: “This morning we changed quite a lot on the bike, but it didn’t bring the improvements we were expecting and that made Superpole something of a struggle. It’s never good to be starting from the fourth row, but it’s even worse at this track because at the moment there is only a single clean line, which makes overtaking difficult. I got a reasonable start but then I had some problems shifting in the early laps and that lost me quite a lot of time. But as soon as I had a clear track I was able to increase my pace and start closing the gap to the guys in front of me. It means we can be more positive than we were this morning, because my pace at the end was quite strong and, if we can find some small improvements ahead of Race 2 tomorrow, which I’ll start from the second row, then I think we can fight for a top five finish.”

Van der Mark is confident of a stronger showing Sunday in Race 2, which he start from the second row of the grid.