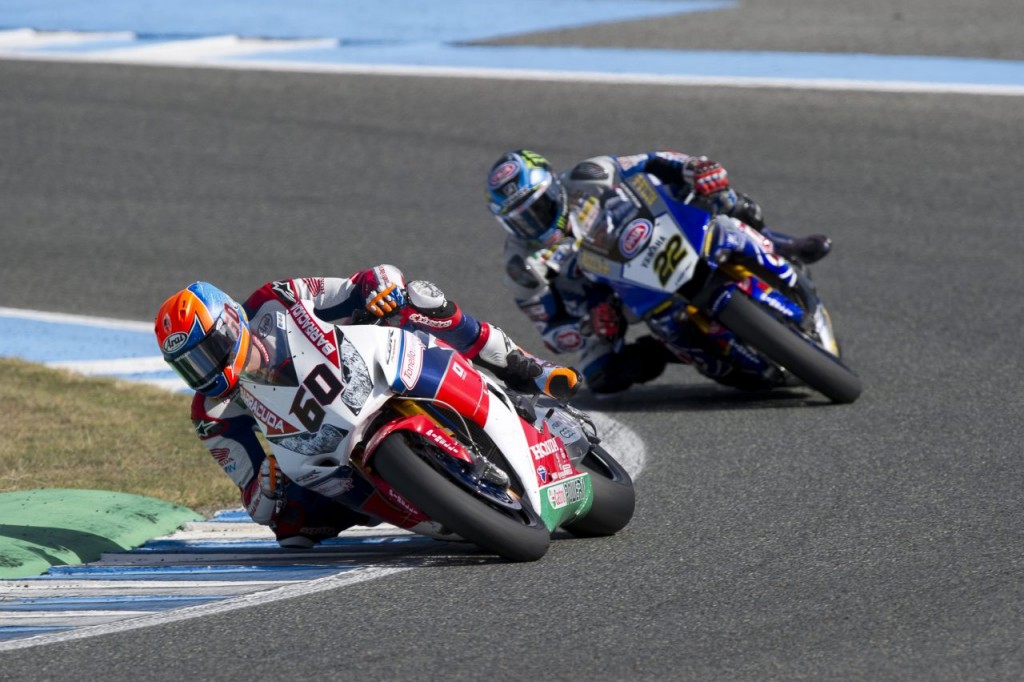 Michael van der Mark has completed the Spanish Round of the FIM Superbike World Championship with another strong performance, as the Honda WorldSBK rider was sixth at the end of race two at ‘Circuito de Jerez’ today. Van der Mark maintained his position after the start and, after taking a bit of time to get past some of his rivals, by lap ten he joined Lowes and Guintoli in the battle for fifth place. After elevating himself up to sixth, he tried all he could not to lose touch with his former team mate and – with a really quick final lap of the encounter – he crossed the line 0.5s away from fifth place.

Michael van der Mark (6th): “I’m quite disappointed with today, to be honest. This morning we tried something with the bike that I was sure could have helped us during the race, although during warm up it didn’t look like that. I got a great start to the race but unfortunately I had a small electronic issue that cost me many places. My pace during the race was not exhilarating but not too bad either and, in the end, I was almost as fast as the podium guys and I could even see them in the distance. I’m surely not happy, because I know I could have been much closer to the podium, but now we need to know what happened and get ready for the last round.”

With only the two Qatari races left in the season, van der Mark is still fourth in the championship standings, 27 points ahead of Hayden in fifth.